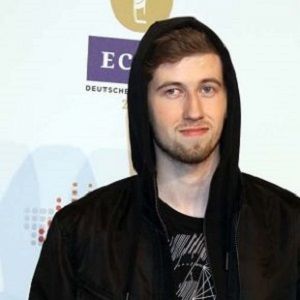 Despite being one of the renown and active media personality, Alan Walker has succeeded himself from maintaining privacy regarding his love life. He hasn't talked about his personal life in the media but had I announced he is single yet?  No, you are wrong!, Alen Walker is unquestionably in a relationship with a gorgeous lady, Instagram named as viiviniemi. There is no data, how and when they met for the first time however they seem to met recently between January to March 2019.  Although Alan shared his glimpse with his girlfriend on 23rd May 2019 when he was touring Finland, his girlfriend already shared a suspicious post with Alen on 11th February 2019 for the first time on Instagram. The post resembles, they are in a relationship from the beginning of 2019.  Alen's girlfriend viivini, frequently posted a picture with him on her Instagram. Recently, 6 days ago, she posted a picture with an Alen with a caption, "Happy about you." Where, Alen also replied, " I 🥔 u 😊❤️.  The relationship has just arrived, let's see up to where they continued their relationship. We will wish them for a happy relationship life. As of now, Alen is living a blissful relationship life.

Who is Alan Walker?

Alan Walker is 21 years old, Norwegian-British music producer, as well as a disc jockey(DJ). Alan was famed for his hit single Faded. The single was released on 3rd Dec 2015 on Youtube and as of now, it has more than 2.4 billion views.

The music was praised by the music lover from all over the world. The single also helped to receive him for a Diamond certificate and platinum certification from more than ten countries. Alen was inspired in the music from EDM producers, and such other film composers like Zimmer and Steve Jablonsky. To date, he has released numerous singles and songs.

Alan Olav Walker, precisely known as Alan Walker was born on 24th August 1997 in Norwegian, British. He is a parent to Father Philip Alan Walker and Mother Hilde Omdal Walker. Walker is a Britan and American by nationality and belongs to mixed ethnicity.

He also shared a sibling; an older sister, Camilla, and Norway born brother Andreas. Regarding his education, he had an interest in computer and later he learned programming and graphic design. During his initial life, he has no musical background, he along learned by watching tutorials on YouTube.

It was still  2012, Alan Walker began his official career in music. With the help of the electronic audio workstation "FL Studio," he first produced music on his own laptop and published his music on "YouTube" and "SoundCloud". His music receiver numerous positive reviews as well as subscribers.

Walker published' Fade' in August 2014, which was re-released in November 2014 with a record label,' NoCopyrightSounds.' The album, faded was released in December 2015 by Walker with the music production company ' MER Musikk'.

It featured the Norwegians pop singer Iselin Solheim, This song was famous more than its original version. Around the world, music lovers have embraced his songs have topped the year-end charts in Sweden, Austria, and Germany as well.

This single is on the list of top ten of the most popular' YouTube' music. It has over 2.2 billion views of' YouTube.' Following that, he also released numerous hit albums such as Spectre, Force, Sing Me to Sleep, On My Way, Darkside and many more.

Regarding his award, he has been awarded numerous awards such as Echo Awards,  diamond certification, multi-platinum certifications, Wind Music Awards, MTV Europe Music Awards and many more.

Alan Walker: Net Worth And Earnings

In addition, some of the greatest game like PUBG has also combined with Alen. His hit singles such as On My Way and Faded was sounded in the game.

Further, he has over 26 million subscribers on his YouTube, and also from that, he adds some income as his net fortune.

Have You Missed To Read:  Bryan Singer Biography, Net Worth And Earnings, Property

The great singer Walker has successfully kept him away from being a part of gossip and controversies. He hasn't been in any other affairs rumors as of now.

Alan Walker has a perfect body figure with a weight around 5 feet and 11 inches. His weight is measured around 80kg. He has brown hair and has blue eyes. Besides, there is no further data about his body measurements.