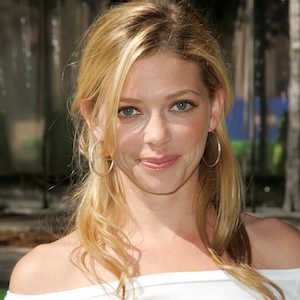 Amanda has been married twice till now. She was once married to Bernardo Targett from 2004 to 2007.Following her divorce with Targett, she was seen tying the knot with actor John Peter Crickellas in the same year. They are still together enjoying their almost a decade of marriage. Despite being married twice, Amanda doesn’t have any child.She hasn’t been dragged to many dating or affair rumors by the media because she likes to maintain her low-key status in the industry.

Who is Amanda Detmer?

California-born Amanda Detmer was born with name Amanda Jeannette Detmer on September 27, 1971.  She is an elegant American actress who has played in both TV and movies. She has starred in supernatural horror film ‘Final Destination’. Some of the TV series where was seen for most of the episodes on screen is ‘What About Brian’, ‘Man Up!’ and  ‘Necessary Roughness’.

Amanda was born to father Melvin Lester Detmer who was a singing cowboy and rice farmer and mother Susan Thurman Detmer who was a teacher. She was born in Contra Costa County, California. She grew up in the same neighborhood and attended her education from California State University, Chico. She completed her BA in Theatre from there in 1995. For her master education, she joined New York University’s Tisch School of the Arts where she acquired her Master of Fine Arts degree in Acting in 1998. She grew her interest towards show business thereafter.

Amanda started her acting career after she completed her Master degree in Acting in 1998. For the first time, she appeared in a TV movie ‘Stolen Innocence’ playing character of Dannie Baldwin. She debuted in a silver screen from the movie named ‘Drop Dead Gorgeous’ in 1999. It gave her film actress status which later helped her to play in different movies like ‘Final Destination’, ‘Big Fat Liar’, ‘Lucky 13’, and ‘Jam’. She also starred in NBC sitcoms M.Y.O.B. and A.U.S.A. From 2006-2007, she was featured in 24 episodes of relationship-drama series ‘What About Brian?’. She also appeared in as a guest on  Law & Order: Criminal Intent, The Vampire Diaries, The Mentalist, and Two and a Half Men. She starred in the untitled drama for ABC which was created by Marc Cherry and was released in 2017. Her acting career, starring in different TV series and movies has accumulated her net worth of $2.5 million.

There are no any rumors and controversies she has faced. It might be because of lack of huge media coverage on small actress like her. She isn’t an A-list actress whose news would sell the newspapers and attract lots of audiences. So we don’t have much more information regarding her controversies and rumors.