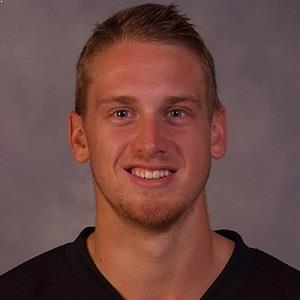 In the 2013 NHL Entry Draft, he was drafted 20th overall by the Detroit Red Wings. He represented Team Canada at the IIHF World U18 Championship in 2012, where he won a bronze medal. Anthony Mantha is currently dating his girlfriend Alyson St. Louis and they have been in an affair for a long time, but detailed information about their relationship is not available.

Who is Anthony Mantha?

Anthony Mantha is a professional Canadian ice hockey player. He is currently playing for the National Hockey League (NHL) Detroit Red Wings. In the 2013 NHL Entry Draft, he was drafted 20th overall by the Detroit Red Wings.

Anthony was born in Longueuil, Quebec, Canada on September 16, 1994, and his star sign is Virgo. His nationality is Canadian and his ethnicity is North American. He is the grandson of the great Canadian ice hockey player and four-time winner of the Stanley Cup, Andre Pronovost.

His father's name is Daniel Pronovost, mother Suzie Mantha. He hasn't yet revealed any information about his childhood or educational achievements. He is Canadian and belongs to the White ethnicity.

Anthony began his ice hockey career as a junior player for the Val-d'Or Foreurs Canadian Team in 2001. He was drafted 76th overall by the Val-d'Or Foreurs in the 2010 QMJHL Entry Draft. He represented Team Canada at the IIHF World U18 Championship in 2012, where he won a bronze medal.

He also represented Team Canada at the 2014 IIHF World Junior Ice Hockey Championships. He began his career with the Detroit Red Wings as a senior professional player in 2013. On October 12, 2013, Detroit Red Wings signed a three-year contract with Mantha. After fracturing his right tibia, he started the 2014–15 season on the injured reserve list.

He recorded his first hat-trick against the Milwaukee Admirals on February 17, 2016, as of 2019, he still plays for Detroit Red Wings.

Anthony Mantha: Compensation and Net Worth

Anthony Mantha's yearly salary and allowances total $832,500 / year from his current club Detroit Red Wings and have an estimated net worth around $5 million.

As of 2019, in his successful playing years, Anthony Mantha hasn't been a part of any rumors or controversies in regards to his personal or professional life.

It seems he is doing his best in NHL along with his personal affairs.