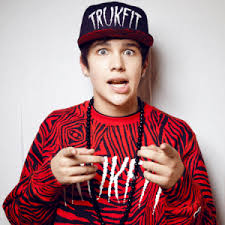 Tall and handsome guy Austin Mahone is currently an unmarried guy neither he is no relationship as of now. He is currently living a single life without any extra-marital affairs as wel as controversies.  Although he is not in a relationship as of now, previously he was in a relationship with several ladies. He dated Katya Henry from Dec 2015 to their break up on February 2017. He was also spotted with Camila Cabello in 2014, Becky G in 2013. In addition, he also dated Stefanie Scott in 2012. Although having a relationship with several celebrities, he hasn't been in law procedure and divorce case yet.

Who is Austin Mahone?

Austin Mahone is an American singer as well as a known lyricist. There is no doubt he is well known for his hit singles The Secret and is also known for his popular role Big Time Rush,  The Millers, and Fashion Police. Besides he has also received MTV Video Music Awards, for his singles What About Love. He has further received many awards in his professional career and additionally he is also a YouTuber. As fo now, he signed for Elektra Records.

Austin was born to his parents Michele Lee and Charles Edgar Mahone on 4th April 1996, in San Antonio, Texas, U.S.A. His nationality is an American and belongs to the mixed ethnicity of German, English, Slovak, and French. He was just one and a half when his father passed away. He was raised by his mother nonetheless there is no information about his siblings.

Austin attended Lady Bird Johnson High School for a year and dropped out of the school due to his status. He was later homeschooled at his grandmother’s house. Besides, there is no information about his further educational background.

Austin began his singing career by posting a video on YouTube in 2010. He posted a video covering Justin Bieber’s “Mistletoe” in 2011. His debut extended play was released in 2013.

His mixed tape titled This Is Not the Album was released in 2015. He is also an actor and made his debut in T.V in 2013 and appeared in Big Time Rush. He was highly popularized after appearing in web shows titled Austin Mahone Takeover in 2012.

His extended play titled The Secret was released in 2014 which gained huge popularity. In 2014, he has won the Instagram award and also nominated for Best Fan Army Award. He released his song titled “What About Love” in June 2013 for which he won Artist to Watch Award.

Austin Mahone: Salary and Net Worth

Austin Mahone is guessed to earn a hefty amount of income from her professional life as an American musician as well as a lyricist. Her net worth is assumed to be around $5 million as of 2019. Besides, her annual salary hasn't revealed in the media yet however, it is expected to be around  $16.6K - $265.1K.

Once there was a dispute regarding his video for the track "Send It". In the video, a young lady who is taking nacked photoshoots and verses seems like convincing a girl to send nude photos. Besides, there are no desperate gossips regarding her profession as well as personal life.

Have You  Missed: Penn Badgley Biography