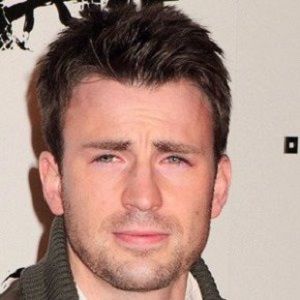 Chris Evans is an unmarried man till now. He has been in a number of relationships in his past. He dated the beautiful American actress Jessica Biel from 2003 to 2006. He dated another American actress Christina Ricci in 2007. He began dating Minka Kelly, an actress in 2007. They were together for almost seven years. The couple broke up in 2014. Chris dated the beautiful British model Lucy Pinder in 2105. He began dating Jenny Slate, an actress in 2016 and broke up with her in early 2017. According to the records, he is possibly single at the present time.

Who is Chris Evans?

Chris Evans was born as Christopher Robert Evans on 13 June 1981, in Boston, Massachusetts, USA. Chris is an American by nationality and he is of German, Irish, and Italian ethnicity. He is the son of Lisa Capuano and Robert Evans. His mother is an artistic director at the Concord Youth Theater and his father is a dentist. He has three siblings named Scott Evans, Carly Evans, and Shanna Evans.

He graduated from Lincoln-Sudbury Regional High School. After that, he moved to New York City and took classes at the Lee Strasberg Theatre and Film Institute.

Evans began his acting career performing in school productions and community theaters.  His first movie role was in the 2000 movie The Newcomers. He made his TV acting debut playing Cary Baston in Opposite Sex (2000). After that, Chris landed lead roles in The Perfect Score and Cellular. He then starred in two independent films Fierce People and London.  In 2005, he played the character Johnny Storm / Human Torch in Fantastic Four and its 2007 sequel Fantastic Four: Rise of the Silver Surfer. In 2011, Evans signed with the Marvel Cinematic Universe to play the character Captain America. In 2011, he played Steve Rogers/ Captain America in Captain America: The First Avenger. He first reprised the role in the 2012 film The Avengers. In 2014, Evans starred in Captain America: The Winter Soldier. In 2015, he played Captain America again in Avengers: Age of Ultron, and reprised the role for the 2016 sequel Captain America: Civil War. He is currently filming for Avengers: Infinity War.

Chris Evans: Salary and Net Worth

Throughout his successful acting career, he has accumulated a net worth of 40 million dollars but his salary is not revealed yet.

There is no any rumor of his other love affair. Chris Evans is accused of grabbing colleague’s breasts and flashing her almost every day for two years. His Former colleague said that he bullied her after she rejected his advances, but Evans said that he is a victim of ‘witch hunt’ and denied all allegations.

Chris has the height of 6 feet. His body weighs 88kg. Furthermore, he has light brown hair and blue eyes. Besides these, His has a chest size of 47 inches, a Waist size of 33 inches and Biceps size of 17 inches. His shoe size is 11(US) but his dress size is not known.