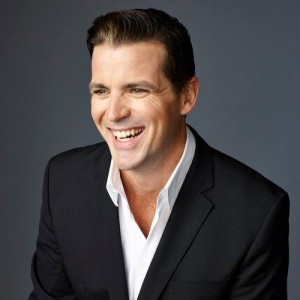 Damon Bayles is widely known as married to What Not to Wear famed fashion consultant, Clinton Kelly in 2009. They currently live in Connecticut. Their marriage ceremony was held at their home in Connecticut, US and was kept a low profile, which was accompanied by only close family and friends.The couple doesn’t have any children, but they share a cute pet dog named Mary.

Who is Damon Bayles?

Damon’s birth date and birthplace are not available from any sources. His family information and other facts about his family aren’t known.

Damon studied in the Brown University and completed his master’s degree in English Literature from the same University in 2000. Then, he studied clinical psychology at the Ferkauf Graduate School of Psychology of Yeshiva University in 2012. As an intern and extern, Damon has served with several institutes. Columbian University Medical Center and New York Presbyterian Hospital is a couple of institutes where he completed his doctoral internship.

Damon Bayles is a Clinical Psychologist in New York. Before as an extern, he has worked for New York Foundling Hospital, Bellevue Hospital, Polytechnic Institute of New York University College Counseling Center, The Addiction Institute of New York and St. Lukes-Roosevelt Hospital. Nowadays, Damon has been helping the people having psychological problems. He cures the people dealing with anxiety, depression, panic attacks, in addition to interpersonal and relationship difficulties, gender identity and expression, addiction, and so on. He trains the people about maintaining balance in life, reduction of depression, anxiety, conflict in personal relationships, health psychology that focuses on HIV/AIDS. He approaches his work with his clients in an empathic, collaborative and mindful way. Damon Bayles worked with his clients approaching through different traditional psychodynamic methods. Likewise, he also utilizes techniques from Cognitive Behavioral Therapy and Systems-Centered Therapy for couples and groups. He also provides seminars and training for Equinox Health Clubs. Likewise, he also guides Tier X coaching program on health psychology, mindfulness and facilitating behavior change and perform various seminar programs.

Dr. Damon Bayles is a licensed clinical psychologist who works in private practice and his works are appreciated by his every patient. Though there is no information about Damon receiving awards.

Damon Bayles: Salary and Net Worth

Damon Bayles is one of the well-established psychologist and consultants. He surely earns his attractive salary from his career, and his husband Clinton Kelly’s estimated net worth has $2 million.

Damon is a renowned clinical psychologist and running his life happily. There is no any rumors and controversy heard about him.

Damon is a physically fit man. His hair color and eye color both are brown. His body measurement information is not found.