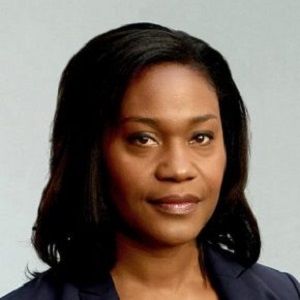 Deidrie Henry is a married woman since 2014. She is married to her longtime boyfriend Douglas Dickerson. The couple dated each other for several years before getting married. After years of their affair, the couple got married on 12 December 2014. They have one child together. The name of their child has not been disclosed yet to the media. Henry and Douglas have been married for over two years now and their relationship is still going very well. There are no other records of her past and present love affairs. It seems like Douglas is the first love of her life and they are living a happy life together.

Deidrie Henry is an American actress.  She is widely known for playing Felicia in the 2014 feature film Beyond the Lights. She is also famous for her portrayal of Detective Liz Winters in the American drama TV series, Game of Silence from 2016 to present.

Deidrie Henry was born on December 22, 1974, in the Bahamas. She is an American by nationality and belongs to an African-American ethnicity. Her birth name is Deidrie Nicole Maria Henry. Her parents are African-Americans. She lived in her birthplace until her family moved to Atlanta when she was 10 years old.

Henry graduated from Embry-Riddle Aeronautical University in Daytona Beach, Fla with a degree in Aeronautical Science. She initially wanted to work for Eastern Airlines but her dream came to an end as the airline folded in 1991. After that, she stepped in the acting field.

Henry earned her first screen credit in 1997 appearing in an episode of Savannah. She moved to Los Angeles in 2004 and traveled the country for a year and a half performing at various theaters in Berkeley, Seattle, and Philadelphia. When she returned, she landed the role in the film Yellowman, for which she won multiple awards including Best Actress Award. Later in her career, she won the hearts of millions on the small screen appearing as the beloved Southern Belle spokeswomen ‘Annie’ for the Popeye’s Chicken Restaurant chain. Deidrie appeared as Aubrey McDonald in the TV series The Riches from 2007 to 2008. In 2014, she played the character Felicia in the feature film Beyond the Lights.  She then went on to join the cast of Game of Silence as Detective Liz Winters in 2016. She currently appears as Detective Liz Winters in Game of Silence.

Deidrie Henry: Salary and Net Worth

Throughout her successful acting career, she has accumulated an estimated net worth of 1.8 million dollars but her salary is not revealed yet.

Currently, there are no desperate rumors regarding her personal and professional life. It seems she is doing best job without harming others and has been a straight person in her life, for which she has not been in any controversy yet.

Moving towards her body measurements, she has a good height of 5 feet 7 inches (1.71m). She has black hair color and her eye color is dark brown. There is no information about her body weight, shoe size, and dress size.