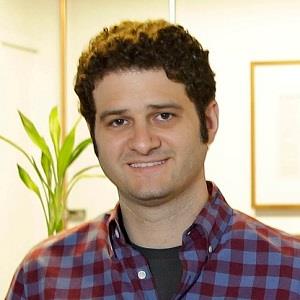 One of the young billionaire Dustin Moskovitz is a married man. He tied the knot with his girlfriend Cari Tuna, with whom Dustin cofounded of Good Ventures. She is also a former Yale Daily News writer cum Wall Street Journal journalist. The pair dated for several years before they get married and in October 2013 the gorgeous couple shared a wedding vows. From the relationship, there are no current records of having children till now. The pair currently is busy in their work on Good Ventures The relationship between the couple has crossed several years now and their relationship seems very strong and no sign of separation at all.

Who is Dustin Moskovitz?

An American Internet entrepreneur, Dustin Moskovitz is further a former co-founder of Facebook alongside his roommates Mark Zuckerberg, Eduardo Saverin, and Chris Hughes. He is ranked on the 122's Billionaires of 2019, 43rd Forbes 400 2018, 19th Richest billionaire in Tech in 2017 and 2nd America's Richest Entrepreneurs Under 40 2016. He further co-founded Asana.

Dustin Moskovitz was born as Dustin Aaron Moskovitz on 22nd May 1984, in Gainesville, Florida, USA. He is an American by nationality and belongs to Jewish ethnicity. He was raised up in Ocala, Florida with his parents. Moreover, his father was a psychiatrist and mother was a teacher as well as an artist.

He attended Vanguard High School and graduated with an IB Diploma Program. Later after he attended Harvard University as an economics major but dropped out after two years and joined Zuckerberg in Palo Alto to work on Facebook.

He was also a roommate with other co-founders of Facebook, Mark Zuckerberg, and   Eduardo Saverin.

After drop out of Harvard University in 2003, he then was the company’s first chief technology officer and later he was a vice president of engineering. In 2004, just after one year, he launched Facebook with then-roommate Mark Zuckerberg from their Harvard dorm.

He then leaves Facebook in 2008 and co-founded Asana, a workflow software company. Further, he and his wife built the philanthropic foundation Good Ventures which gave millions to malaria eradication and marriage equality. After he gives his most of his time with his wife on Good Venture.

Dustin Moskovitz: Salary and Net Worth

Dustin Moskovitz has a net worth of around $12.9 Billion and his annual salary must be over six-digit figure as of 2019. Dustin Moskovitz is a self-made billionaire and Forbes has ranked him to the 122 no Billionaires of 2019.

He is also ranked in the second position in America's Richest Entrepreneurs Under 40 2016. He is the co-founder of Facebook and launched  Facebook in 2004 along with his roommate Mark Zuckerberg.

The tech guy Dustin is far from being rumors as well as controversies related to his personal life and professional career as well.

Have You Missed About: Jack Ma Biography

Dustin’s height is around 5 feet 8.5 inches and weighs 79 kg. He has curly black colored hair and has dark brown eyes. Other information on his body measurements such as shoe size, chest size, etc is unknown.