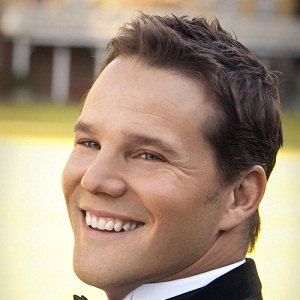 Dylan Bruno is a married man. He has been married to Emmeli Hultquist since June 24, 2006. The couple together has two children. One of his children, a son, Demian Axel Bruno, was born 13 June 2007. His other child’s name is unknown.There is no information about his past relationship affairs.

Who is Dylan Bruno?

Bruno was born Dylan A. Bruno on 6 September 1972, in Milford, Connecticut, the United States of America. He is the son of Scott Bruno and Nancy M. Bruno, younger brother of actor Chris Bruno and nephew of Stephen Mendillo. His ethnicity is Mixed(Italian, Sicilian, Lithuanian, English and Welsh) and nationality is American. He was a nationally ranked wrestler in high school and went to the Junior Olympics several times. Bruno earned a degree in Environmental Engineering (Civil Engineering Dept) from the Massachusetts Institute of Technology. He also played linebacker for the MIT football team.

In 1995, while working as a model for Calvin Klein, Bruno made his television acting debut on the NBC series High Sierra Search and Rescue. He made his film debut in Naked Ambition (1997). In 1998, he had small roles in Saving Private Ryan and When Trumpets Fade and competed in and won a special episode of American Gladiators (1989–96). Bruno co-starred in The Rage: Carrie 2 (1999), Where the Heart Is (2000), Going Greek (2001). He portrayed an L.A.P.D. cop in The One (2001), a rock musician in The Simian Line (2001), and Harry “Blaine” Mayhugh, Jr., in The Pennsylvania Miners’ Story (2002). Dylan also appeared in The Anarchists -Cookbook (2002). Bruno had a five-year run as “Colby Granger” on the hit TV show, Numbers. In May 2010, he joined NCIS for three episodes, playing a disgraced U.S. Army Ranger who worked for a Mexican drug cartel; in the Season 7 finale, his character died in a gunfight. His other acting credits include Agents of S.H.I.E.L.D., Rizzoli & Isles, Behind Enemy Lines, Hawaii Five-0, Official Killers, A Remarkable Life, etc. Bruno has also done voice-over work for several products such as Bacardi Silver, Coors Light, Chevrolet, Jeep, Virtual Boy, and Sony Handycam. In addition to his voice-over work, Bruno is the current narrator of the Discovery Channel program Rides. His exact salary figure and estimated net worth value is not known to the mainstream media to date.

There are no much significant rumors and controversies regarding Bruno till date. He has thus, managed to keep his public image clean.

He has a good height of  5 feet 10 inches. He has brown hair color and his eye color is hazel. There is no information about his shoe size.