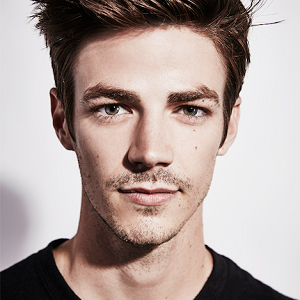 Grant is now in a relationship. He's in a relationship with Instagram star Andrea "LA" Thoma. The couple recently announced their engagement on April 29, 2017. From now on, they are happily enjoying the company of each other. There is no sign of separation. Before this, from 2014 to 2016, he dated Glee's famous backup dancer Hannah Douglass.

Who is Grant Gustin?

Grant Gustin, born in Virginia, is a singer, actor and a dancer. He is currently a prominent media figure as the star on the CW in "The Flash" and "Arrow" who portrays the role of Barry Allen / The Flash alongside actress Candice Patton who plays Barry Allen's on-screen love interest.

He is also famous for his role in the Fox musical comedy series, "Glee" where Gustin portrayed the role of a student, Sebastian Smythe.

Grant was born on January 14, 1990, in Norfolk, Virginia State. He has American nationality and his ethnicity is caucasian-white descending from English, Irish, German, Welsh backgrounds.

The name of Grant's father is Tom Gustin, and the name of his mother is Tina Haney. Tom is a professor at the college, and Tina is a pediatric nurse. He's got a sister named Gracie Gustin and a brother named Tyler Gustin.

Grant attended the Governor's School for the Arts program as per his education. There he learned musical theater. He then went to Granby High School. He graduated in 2008 from there.

He later registered at North Carolina's Elon University. Then he spent two years studying the BFA Music Theater Program there.

Grant is a person involved in giving life to various roles. He made his 2003 debut in "Kid Fitness Jungle Adventure Exercise Video," featured as a club's fit child. After a few years, in an episode of TV series "A Haunting", he got featured as Thomas but it was a small part.

Consequently, in 2011, he joined the Fox musical comedy series cast, "Glee." He played Sebastian Smythe's role. He then kept playing several roles till joining the "Arrow" cast in 2013. He joined the cast of "The Flash" the next year.

He plays the role of Barry Allen and The Flash in both the series. This lead role gave him the success of the mainstream. He also starred in a film called "Affluenza" the same year in 2014.

He also portrayed his famous character of The Flash in TV series, "Supergirl" and "Legends of Tomorrow." Similarly, he did a lot of other TV series like "CSI: Miami," "90210," and so on.

As per his stage career, from 2010 to 2011 he played as Baby John in a "West Side Story" Broadway Revival Tour. He has also covered several hits songs of 1D, The Wanted and others for Glee as a singer.

He won the 2015 Teen Choice Award and Saturn awards for best performance, the same year. Similarly, he again won the Teen Choice award for his performance in 2016.

He also earns a pretty decent amount of salary.  His estimated net worth is around $2 million. As of 2019, his per episode salary from Flash series is reportedly around $75 thousand per episode.

There are currently no rumors surrounding his personal and professional life.