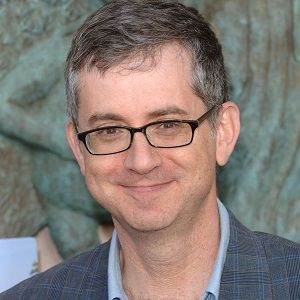 Greg is a married man. He is married to his longtime girlfriend, Susanne Lieberstein. The couple met on the sets of Saturday Night Live. They started to date each other and no sooner get married. The couple now has 4 children which are Maya, Charlotte, Haley, and Owen.There is no information about his past affairs.

Who is Greg Daniels?

Greg Daniels is one of the popular American television comedy writer, producer, and director. He has worked on several hit shows on TV and was responsible for the creation of many hit characters in The Office. Daniels has also been featured in the shows like Saturday Night Live, The Simpsons, King of the Hill, The Office, and Parks and Recreation.

Greg was born on June 13, 1963, in New York City, New York, U.S. Daniel’s mother name is Judy Daniels who worked at the New York Public Library. Likewise, father’ s name is Aaron Daniels, who was president of ABC Radio Network. Watching Monty Python’s Flying Circus in his childhood he get inspiration in the comedy field. He also says that he also uses to read books by humorist S.J. Perelman at the age of 11.

Daniels has his schooling from Phillips Exeter Academy. And he completed his studies at Harvard University in 1984. In the university, he wrote for the Harvard Lampoon with Conan O’Brien.

After his graduation, he started working at Not Necessarily the News. It is a satirical sketch comedy series that is used to air on HBO. He was fired shortly out of the show because of some budget cuts. Then he gets a chance to work in the “Saturday Night Live” in 1987 entering as the writing staff. For it, he also won an award. He left the program in 1990 and started to write an episode of the TV series “Seinfeld” in 1992. He works as the co-executive producer, producer, co-producer, and writer for the famous cartoon “The Simpsons”, remaining in the staff till 1996 from 1993. The writer wrote 8 episodes, some of which are really loved by the fans of the series, like “Homer and Apu” in 1994. Then “Secrets of a Successful Marriage” in 1994. Respectively he writes, “Lisa’s Wedding”  and “Bart Sells His Soul” in 1995. In 1996 Daniel get a chance to write an episode of the TV Series “The Dana Carvey Show”. After this, his get different other chance and in 1997 he started to work with the writing staff of “King of the Hill”. They together he created various of the important characters. The show was also able to win an Emmy Award. As his works made them earn an award he remained in that series working as a co-creator, executive producer, and writer till 2009. And in 2005, Daniels started working in “The Office”, another TV comedy that aired on NBC from 2005 to 2013. In “The Office” Daniels covered the roles of developer, showrunner, executive producer, director, and writer. This series has been the first season somehow difficult. But after some adjustments to make the characters more optimistic and likable, the show became a success. It also started winning awards on awards later. Starting in 2009, Daniels followed another project as co-creator, executive producer, director, and writer of the TV series “Parks and Recreation”. Even this series had a difficult start, but they’ve been able to win the favor of the public and to become beloved and followed the show. For four years Daniels divided his time between “The Office” and “Park and Rec”, but when “The Office” finished in 2013, after 9 glorious seasons, Daniels has been able to focus more in the latter series, that will anyway reach to an end in 2015, after 7 seasons. In 2011 Daniels accepted to produce several series for Universal Television. He developed the British series “Friday Night Dinner” in 2012. And respectively in 2013, Daniels worked in the TV movie “Untitled Greg Daniels & Robert Padnick”.

Greg Daniels: Salary and Net Worth

Greg is one of the popular personality and operates different projects. So he must have good earning. His net worth is $ 50 million.

Daniels normally isn’t active on different social media. And he must be doing well in his both professional and personal life. For that, he doesn’t fall under any of the rumors and controversies.

As regards his body measurements, there is not much known about it. He has brown colored eyes and grey colored hair.