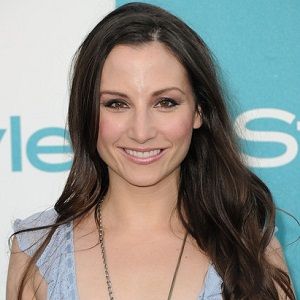 Heather McComb was previously married to actor James Van Der Beek. They got married on July 5, 2003, after dating each other for some time. However, everything didn’t go well and the couple separated in April 2009, after the even years of marriage. After filing for divorce November 20, 2009, they finally got divorced on March 31, 2010. Furthermore, the divorce was finally enforced from June 3, 2010. After that, James tied the knot with Kimberly Brook on August 1, 2010.Since then, she has never linked up with any men and there are not any rumor of her affair to date. Currently, she is enjoying her single life and living happily.

Who is Heather McComb?

Heather McComb is an American actress and producer. She is best known for Ray Donovan (2013), All the Real Girls (2003) and The Event (2010). She is the first wife of actor James Van Der Beek. Moreover, she has also appeared in several movies such as No One Would Tell, 2 Little 2 Late, Girl Followed, and much more.

Heather was born on March 2, 1977, in Lakewood, New Jersey, United States. From the beginning of her childhood, she had a keen interest in acting as she landed her first acting role in TV commercials at the early age of two. Furthermore, she has a sister named Jennifer McComb. Talking about her education, there is not any information regarding it.

Heather McComb began her acting career from TV commercials at the early age of two. At the age of two, she had done a commercial for Publisher’s Clearing House. Moreover, she landed her big role in a Francis Ford Coppola-directed segment “Life Without Zoë” from the movie New York Stories. Furthermore, she got huge recognition from 1990 television series The Outsiders as Cindy. Soon after that, she has gotten several roles in a couple of movies which include Midnight Caller, Who’s the Boss, Due South, and few more. In 1997, Heather began to appear infamous TV series Profiler as Francis Malone to 1998. Apart from her TV career, she also appeared in tons of movies such as Stay Tuned, Kickboxer 2, 2 Little 2 Late, Nice Guys Finish Last, Ray Donovan, and much more. Recently in 2017, she has also acted in a TV film “Girl Followed” as Abby. Being a famous actress and producer, Heather earns a healthy amount of money from her profession. However, his salary and net worth are unknown. So far, she has not won any awards. However, her works have been loved by many people around the world.

So far, there are not any drastic rumors regarding her personal and professional life. Furthermore, she has never faced any controversy in her professional career to date. It seems she has total focus on her career rather than stuck in other stuff.