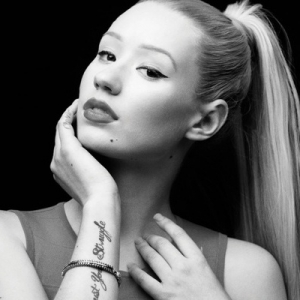 Azalea was just 17 when she was into a relationship with already married 33-year-old rapper, Maurice Williams. Iggy dated A$AP Rocky (2011-2012) who was an American rapper. She also dated Nick Young (2013-2016), an American professional basketball player. French Montana, Moroccan hip hop recording artist dated Iggy from July 2016 to December 2016. She is currently dating her new boyfriend LJay Currie, a music producer.

Who is Iggy Azalea?

Iggy Azalea is an Australian rapper who got famous after realizing her music videos of the songs ‘Pussy’ and ‘Two Times’ on YouTube. Her song, Fancy featuring Charli XCX which was released in 2014 was a big hit. She is the fourth female rapper in the history to get number one position in US Billboard Hot 100 chart-topping.

Iggy Azalea was born on June 7, 1990, in Sydney and brought up in Mullumbimby, New South Wales. Her father was a European-Australian painter and comic artist named Brendan Kelly, whereas Tanya, her mother, cleaned hotels and houses. She has a sister, Emerald Kelly and a brother, Mathias Kelly. At age 14, she began rapping. In 2006, she decided to stay in the United States, shortly before she turned 16. She resided in the country on a visa waiver for 6 years which was renewed in every three months by returning to Australia. Until February 2013, Azalea worked illegally in the US when she was granted a five-year O visa. Talking about her education, she dropped out of the high school desiring to move to the USA.

Her career got the major rise when her controversial songs “Pussy” and “Two Times,” went viral on YouTube. Azalea released her first full-length project, a mixtape entitled Ignorant Art in September 2011. Upon the release of her debut album, The New Classic, on 21 April 2014 which debuted number threeree on the Billboard-200 chart. On 28 May 2014, The New Classic’s fourth single “Fancy”, was number-one on the US Billboard Hot 100 chart. As a result, it led Azalea to become the fourth solo female rapper ever to top the Hot 100. On the same day, “Problem” featured by Azalea reached to number two on the Hot 100. Therefore, Azalea was the only artist since ‘The Beatles’ to rank at numbers one and two simultaneously with their first two respective Hot 100 entries. Iggy Azalea has been nominated for numerous music awards. She received two American Music Awards, in 2014, in the Rap/Hip-Hop categories, and one MTV Video Music Award for her collaboration with Ariana Grande. She has also won three Teen Choice Award and one MTV Europe Music Award.  Azalea also won the 2015 People’s Choice Award for Favorite Hip-Hop Artist and the 2014 ARIA Award for Breakthrough Artist. She was presented with the Woman of the Year award by GQ Australia, in 2016. As of now, she has the net worth of $10 million.

Iggy Azalea stirred up controversy on “D.R.U.G.S” with her line “Tire marks, tire marks / Finish line with the fire marks / When the relay starts, I’m a runaway slave / Master”. “Runaway slave master, “referred by Azalea was pointed out by the fellow rapper Azealia Banks then the Grand Hustle signee stepped forward to clarify the line in a letter posted on MissJia.com. It stated that it was a “tacky and careless thing to say.” Iggy Azalea was rumored to be dating American rapper Tyler, 2014 while she was dating Nick Young. Recently, Page Six reports that she’s dating NFLer Odell Beckham Jr, which was confirmed and denied as fake news by both of them.

She is active on Facebook, Instagram, and Twitter. She has more than 7.4 million followers on Facebook. She has around 11.6 million followers on Instagram and has more than 8.09 million followers on Twitter. Azalea was just 17 when she was into a relationship with already married 33-year-old rapper, Maurice Williams. Iggy dated A$AP Rocky (2011-2012) who was an American rapper. She also dated Nick Young (2013-2016), an American professional basketball player. French Montana, Moroccan hip hop recording artist dated Iggy from July 2016 to December 2016. She is currently dating her new boyfriend LJay Currie, a music producer. Updated On Sun Oct 07 2018 Published On Sun Oct 07 2018 By Married Bio