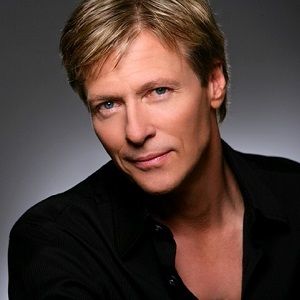 Jack has been involved in multiple relationships in his life. He was married to his co-star on “General Hospital” for a decade. He tied the knot with his co-star Kristina Wagner in 1993. The couple welcomed their first child on 1990 named Peter and second child on 1994 named Harrison. But they struggled with their marriage and finally got divorced in 2006.Before this marriage, he was in a relationship with an unknown woman with whom he had a daughter named, Kerry. After his divorce in 2006, he began dating actress Heather Locklear in 2008. They lived together for a couple of years and enjoyed the engagement ceremony on August 14, 2011. But it didn’t work out for them and they called off their engagement on November 15, 2011.In 2013, he had confirmed to have been in relation to “The Bold and the Beautiful” co-star Ashley Jones but they broke in 2015.

Who is Jack Wagner?

Jack Wagner is an American actor. He is also a singer and a celebrity golfer. He is best known for his multi-talented personality.He played the character of Frisco Jones on the soap opera “General Hospital” which made him a famous celebrity.He also played major roles in other American soap operas like “Santa Barbara”, “The Bold and the Beautiful” and “Melrose Place”.

Jack Wagner’s early life shows that Jack was born as Peter John Wagner on October 3, 1959. He was born in Washington, Missouri. While talking about Jack’s childhood, he was raised in a Catholic family.  Jack Wagner is born to father Peter Wagner (a cars salesman) and mother Scotty Wagner who was a homemaker. He was athletic from a young age and played football and basket during his High School. He is American by his Nationality but his ethnicity is not known. Discussing his education, he attended St. Gertrude’s parochial school in Washington. After then he joined St. Francis Borgia Regional High School where he mainly played sports. Afterward, he got enrolled at the University of Missouri, but it was only a year after which he left and joined junior college. Jack later joined the University of Arizona where he played golf and studied drama. Studying drama, his acting skill landed him a full scholarship.

Jack Wagner initiated his acting career from a young age by studying drama at the University. His first appearance on the TV was as a minor role of Clint Masterson in a cable soap opera, “A New Day In Eden” in 1982. After a year later, he was cast in the major role as Frisco Jones on an American soap opera “General Hospital”. Similarly, he portrayed the role of Frisco from 1883 to 1888. His performance earned him a nomination for a Daytime Emmy Award for “Best Younger Actor” in 1885. In addition, he portrayed this character several times from 1989 to 1991, 1994 to 1995, and in 2013. This boosted his career and he got many opportunities in the industry. Not to mention his famous role is of Nick Marone on the daytime soap “The Bold and the Beautiful” which he played from 2003 to 2013.  His performance landed him a nomination for “Best Lead Actor” for The Bold and the Beautiful. He is also a stage actor and has been portraying different roles in plays like “Butterfly” in 1984, “West Side Story” in 1987 and so on. Besides acting, he is also a singer. Presently, he has six different albums released to his name from 1984 to 2014. His debut album “All I Need” is his most successful album. His multiple careers help him earn a good amount of salary. He has an estimated net worth of around $ 9.8 million. But there is no information regarding his salary.

Jack hasn’t been part of any media’s rumors or public controversy. He keeps him away from any criticism too. He had a daughter with a woman with whom he had dated long back. He was unaware about this daughter and came to know only later on.

Jack Wagner is a personality with a height of 5 feet 11 inches(1.80m). He has a Blonde hair and a pair of Blue eyes. Facts about his other body measurement including his weight aren’t available in any internet source till date.