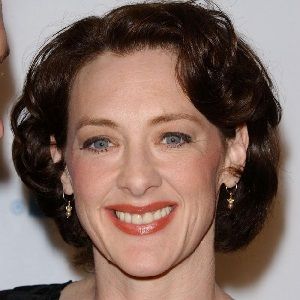 Joan Cusack is a married woman. She has been married to her husband, attorney Richard Burke. Richard is the president and CEO of VISANOW Global Immigration. Together, the couple has two sons, Dylan John and Miles. Once in her life, Joan has suffered a miscarriage. Cusack continued with filming, after an extensive hospital stay. The couple stays happily together in Chicago, Illinois. There are no any rumors on news regarding their divorce. Her sexual orientation is straight. At the current time, she is married lives happily with her family.

Who is Joan Cusack?

Joan Cusack is an American citizen. She is an actress best known for her acting roles in the romantic comedies like Working Girl and In and Out.

Reflecting on her early life, Joan Cusack was born on October 11, 1962, in New York City, New York, United States. She is the daughter of Ann Paula “Nancy” Cusack, a teacher and political activist, and Richard John Cusack, an actor and filmmaker. Cusack experienced her childhood days in Evanston, Illinois along with her four siblings, Ann, Susie, Bill and John Cusack. Joan was raised in a Catholic family, of Irish descent. She is of Irish ethnicity and holds an American nationality. Regarding her education, she joined “Piven Theatre Workshop” as a child and also went to the “Story Theatre” and “The Ark.” Joan graduated from Evanston Township High School in Evanston, Illinois. She completed her bachelor’s degree in English from the University of Wisconsin-Madison in 1984.

Joan began her professional career in the early 80s, appearing in such films as, “My Bodyguard”, “Sixteen Candles”, and “Broadcast News”. By the late 80s, she was racking up acting awards, nominations, and excellent reviews for such projects as “Working Girl”, “Say Anything”, “Addams Family Values”, “Grosse Pointe Blank”, and “In & Out”. Besides acting, she has worked as a commercial spokesperson for U.S. Cellular. Joan is highly appreciated for her parts at School of Rock. She has additionally given her voice for Toy Story 2 and Toy Story 3. Joan has featured on NBC’s Law and Order: SVU. Furthermore, she has received two Oscar nominations, two Emmy nominations, and a Golden Globe nomination. Moreover, she has won multiple American Comedy Awards. She is presently appearing as Sheila Jackson, mother of Karen Jackson, on the hit American remake of Shameless. Cusack has received a good salary, but the exact figure is unknown. However, she has a net worth of $8 million dollars.

On April 2015, rumors that this legendary actress, Joan Cusack had died spread like fire in the social news media. However, it has been confirmed now that she is alive and well. Besides this, Cusack has not involved in any controversies yet.

Joan Cusack kept her life private and confidential. That’s the reason, she is far away from various social networking sites such as Facebook, Twitter as well ass Instagram. References:(famousbirthdays.com,ethnicelebs.com,healthyceleb.com)     Updated On Mon Oct 15 2018 Published On Mon Oct 15 2018 By Married Bio