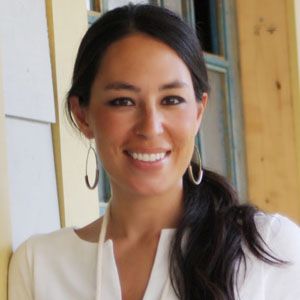 Joanna Gaines tied the knot with Chip Gaines in the year 2003. They have five children Emmie, Duke, Ella, Drake, and Crew from their enchanting relationship. She was pregnant with her fifth child and the gender of the baby is the baby boy.In June 2018, she gave birth to her son. The couple has kept his name Crew Gaines. She had her grand baby shower in June 2018. Her husband, Chip was so much excited during the baby shower that he was making Jianna laugh all the time.Actually, Chip and Joanna had attended the same university but had never met before. They met at the Joanna’s father`s automobile shop when Chips’ car had suffered from the brake failure.It has been said that Chip had fallen in love with Joanna when he had seen her picture in her dad`s automobile shop. They eventually fell in love and started to date.They had similar ideas about renovating and constructing the homes and started to host their show named ‘Fixer Upper’. After getting to know each other well, they got married.They have strong bond within them. They had worked hard and earned their success.Later on, they had been given their own platform HGTV Fixer Upper. Together they run the show Fixer Upper in which they renovate the houses.They have a wonderful married life which can also be seen in the show Fixer Upper.

Who is Joanna Gaines?

Joanna Gaines is a TV host of HGTV`s 'Fixer Upper' alongside her husband Chip Gaines. Joanna and her husband Chip have been redesigning, flipping, and repairing homes since 2006 as proprietors of Magnolia homes in Waco, Texas. She is the mastermind behind the Magnolia showcase of houses, items of furniture, and stylish home layout shop. They are America's sweethearts.

Joanna was born on 19th of April 1978 at Kansas, USA. Her mother was Korean and her father was half Lebanese and half German. So, Joanna has mixed ethnicity of Korean, Lebanese and German. She is an American by nationality. In her teenage, Joanna used to help her dad in his car business. Later she became interested in boutiques and herself opened one. Her childhood and schooling were tough because she was an isolated kid.

Today, Joanna Gaines is the popular HGTV host but she began to her career at "All-You-Can-Eat Buffet". She didn't had any plans for "Fixer Upper" but by hard work and determination, she is living her dreams. She is one of the co-hosts of the show, Fixer Upper which plans and renovates old houses. The show was premiered since 2013 but the Gaines couple announced that Fixer Upper's adventure will be ending in 2018. Joanna and Chip felt that their main focus should be on their children and family. Gaines never thought of renovating homes but she designed her boutique in New York which was unique. She has the quality of making old things look new and design which creates more space.

Joanna Gaines: Net Worth and Salary

Joanna Gaines has the net worth of $8 million and her salary is $30,000 per episode for HGTV hit show Fixer Upper.

There were rumors that Fixer Upper was being canceled and fans were all curious. Gaines couple responded that the rumor was false and they were coming back for Fixer Upper Season 4. There was also rumor that Joanna and Chip Gaines are about to divorce and are already separated. But the rumors had no base. The rumor started when Chip was in Mexico for three months. Joanna had a really hard time to handle business alone without her husband.