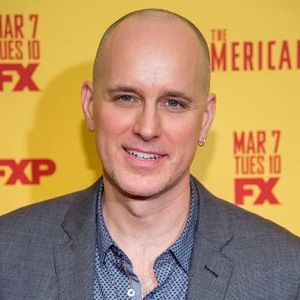 This 51-year-old American actor is a married man. He ties the knot with his girlfriend after dating her for a couple of years. Kelly and Carolyn Hall exchanged their vows in 1999.Since their marriage, the couple has managed a sound relationship with them. Moreover, there is not any information regarding his children. Apart from his wife, he has been never spotted with any woman and has not been involved in an affair.Currently, Kelly and Carolyn are enjoying their married life and living elegantly.

Who is Kelly AuCoin?

Kelly AuCoin is an actor who has worked in film, television and theater. He has played as “Dollar” Bill Stearn in the hit TV series Billions as well as The Blacklist, Law & Order, and Elementary. Furthermore, he has also appeared in several movies such as The Kingdom, A Perfect Murder, The Post, and much more. Besides this, this veteran actor has also won Drama Desk Specia Award.

Kelly was born on 14 February 1967, in Hillsboro, Oregon, United States. He is the son of Les AuCoin and Susan AuCoin. From the beginning of his childhood, he had a keen interest in acting and also began to learn from the very early age. Talking about his nationality, he is American and his ethnicity is mixed (French-Canadian, English, Irish, German, Swedish). Concerning in his education, he completed his graduation from Georgetown Day School and Oberlin College.

Kelly began his acting career appearing in his father’s campaign commercials. In 1990, he started his theater career by landing the role of Sam Shepard in A Lie of Mind and Frank D. Gilroy in The Subject Was Roses. Later, he landed various roles in theater working in The White Devil, Romeo and Juliet, Arcadia, Julius Caesar, and much more. Back in 2014, Kelly starred as Andy in the huge hit The Wayside Motor Inn in which he also won Drama Desk Award. Furthermore, the veteran actor has also acted in several soap operas such as Guiding Light and The City. He has also played in popular TV series Law & Order. In addition, some of his notable TV series include Billions, Unforgettable, Person of Interest, Forever, The Following, Elementary, Gossip Girl, and few more. Apart from that, his major film role came as Ellis Leach in 2007 movie The Kingdom. Moreover, he has also appeared in Julie & Julia, The Music Never Stopped, Consent, and few others. Recently, Kelly has featured in a couple of movies such as Benji The Dove, The Post, and going to play the role of Tyler Rector in 2018 venture Drunk Parents. Being a famous actor, he pockets a handsome amount of money from his profession. However, there is not any information regarding his salary and net worth. As of now, Kelly has won Drama Desk Specia Award for his role in The Wayside Motor Inn.

So far, there are not any drastic rumors regarding his personal and professional life. Moreover, he has never faced any controversy in his career to date. It seems he has total focus on his work rather than stuck in any controversy.

kelly has a height of 6 ft and his weight is unknown. Furthermore, he has a pair of beautiful blue eyes and brown hair. Besides this, there is not any information regarding his other body measurements.