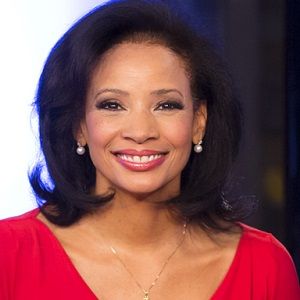 Lauren Green is happily married to Ted Nikolis since May 2, 2015. Ted is an attorney in New York. The couple initially met at a fashion event. Prior to her marriage, she hasn’t had any affairs and relationships. And as of now, the couple has not any dispute in their relationship. Furthermore, the couple has not invited any children. However, we might assume the old couple may not give birth to any child rather they might adopt one.It seems like Lauren is not willing to share her personal life with the public. She always has been private regarding her personal life. Furthermore, there are not any latest news about her affairs and relations with other than her husband.

Who is Lauren Green?

Lauren Green is an American correspondent. In addition, she is also a musician. Currently, she is working for Fox News Channel as a chief religion correspondent. She is widely known for her controversial interview with an author Reza Aslan.

Lauren Susan Green was born on June 30, 1958. The couple Robert Green and Bessie Grissam Green gave birth to Lauren in Minneapolis, Minnesota, U.S. Furthermore, her two brothers are Leslie and Kenneth. And her two sisters are Barbara and Lois. As regards her childhood, she must have pretty good experiences and memories since she was in the same class with Prince in her school. Furthermore, she also said that Prince had a crush on her and he also said her personally that he liked her.

Lauren is a graduate of Medill School of Journalism. Apart from her journalism study, she has also earned Bachelor of Music from the University of Minnesota. It seems like, she is academically qualified in her hobby as well as in her profession.

Prior to Lauren’s professional career in journalism, she has taken part in various beauty pageant including, Miss Minnesota and Miss America. In 1984 she won Miss Minnesota pageant and she was able to be third runner-up in Miss America 1985. She was an anchor and correspondent at CBS-2 and a reporter at ABC-5. In 1996, she joined Fox News Channel and has been working there ever since as a chief religion correspondent. During her work in FNC, she has covered various events including, the election of Pope Francis, the retirement of Pope Benedict XVI, the Van Cliburn International Piano Competition and several others. Furthermore, she was able to interview various classical musicians including, Placido Domingo, Pierre Boulez, Joshua Bell, and several others. This passionate classical musician has released her debut album Classical Beauty in 2004. In addition, she also has played with the band The Little Rockers in Huckabee program. She has played in the 90th birthday concert of Georg Ratzinger.

Lauren Green: Salary and Net Worth

As regards, Lauren’s net worth and salary, her net worth is said to be around $2 Million. Lauren being a multi-talented person must have many economical sources making her salary hard to determine.

As of now, there are not any rumors about her personal and professional life. However, her interview with an author Reza Aslan was one of the controversial interviews in 2011. As she questioned Reza, ‘You’re a Muslim, so why did you write a book about the founder of Christianity?’, she was highly criticized on the media and news. The controversy was so critical that it put Lauren’s job in danger. But her career didn’t get affected much as the controversy settled over time.

As regards Lauren’s body measurements, she is 5 feet 11 inches tall. She has black hair. However, many of the trusted domains are unknown to the other details regarding her body measurement.