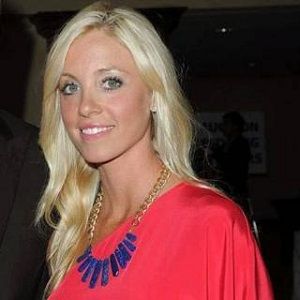 Layla was previously married to American football coach Lane Kiffin. The couple tied their knot in 2004 after dating him for several months.Together, the couple also welcomed three children, Monte Knox Kiffin, Landry Kiffin, and Pressley Kiffin.However, the couple couldn’t handle their relationship and finally divorced after 12 years of marriage on February 28, 2016. Besides him, Layla has never seen with anyone.Currently, she is enjoying her single life and living elegantly.

Who is Layla Kiffin?

Layla Kiffin is the wife of famous American football coach. She came into the limelight as she tied the knot with her ex-husband, the head football coach at Florida Atlantic University, Lane Kiffin. Furthermore, she is the daughter of former footballer John Reaves.

Layla was born in the United States of America. However, her exact birth date and birthplace are unknown. She is the daughter of the former footballer, John Reaves. She is American by nationality and her ethnicity is unknown. Talking about her childhood, there is not any information regarding her childhood. She has one brother, David Reaves. Concerning in her education, Layla completed her graduation from Bucholz High School. Later, she completed her college from the Universiy of Florida.

Layla is famous for being the ex-wife of a football coach, Lane Kiffin. Currently, Lane serves as the head football coach at Florida Atlantic University. Furthermore, her father, John Reaves has also played 11 seasons in the NFL. During college days, her John was an All-American quarterback at the University of Florida.

Rumors were that Layla’s ex-husband cheated on her with another female. He had an extra-marital affair. However, they did not comment anything on it. There is no controversy as of now.