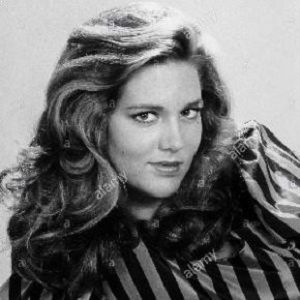 Details regarding Leslie Landon’s past relationship is not known at the moment.  She married Brian Matthews in 1990 and the couple has four children together: Rachel Lynn who was born on October 25, 1993, Justin Michael born on May 31, 1995, Catherine born in 2000 and Joseph who was born on February 2, 2002.Their marriage seems stable and is going strong as no news regarding any extramarital affairs or divorce is known.

Who is Leslie Landon?

Leslie Landon is a former American actress mostly known for her notable roles in several movies including ‘Little House on the Prairie’, ‘Little House: The Last Farewell’, and ‘Little House: Bless All the Dear Children’. She is currently a family therapist specializing in children dealing with loss.

Leslie was born in Los Angeles, California, on 11 October 1962. She was born as the daughter of Michael Landon(father) and Lynn Noe(mother). She belongs to the Ashkenazi Jewish ethnic background.

Although Leslie’s initial educational background is missing, she later obtained a BA in psychology and an MA in clinical psychology from Pepperdine University and a Ph.D. in marriage and family therapy from the California Graduate Institute.

Leslie suffered from bulimia in late teens/the early 20s but this didn’t stop her from doing what she loved and she soon joined the cast in the TV series ‘Father Murphy’ in 1982 where she played the role of Kate Jones. She has since then appeared in numerous movies and television series including ‘Little House on the Prairie’, ‘Home & Family’, ‘Weekend Today’, ‘Biography’, ‘Intimate Portrait’, ‘Michael Landon: Memories with Laughter and Love’ and others. After her career in the show business, Leslie started practicing as a clinical psychologist specializing in children dealing with loss and she has been successful in her new line of work. She is also an author of the book ‘When Children Grieve: For Adults to Help Children Deal with Death, Divorce, Pet Loss, Moving, and Other Losses.’ she wrote the book along with other authors John W. James, Russell Friedman and Harper Collins and the book was released in 2001.

Leslie Landon: Salary and Net Worth

There is no information about her salary and net worth

Leslie has seldom been involved in any controversies till date and has been successful in maintaining a good public image.

Leslie has an average height of 5 feet 4 inches (approx.) (165 cm) and weighs 66kg. She has brown hair color and her eye color is also brown. There is no information about her shoe size and dress size.