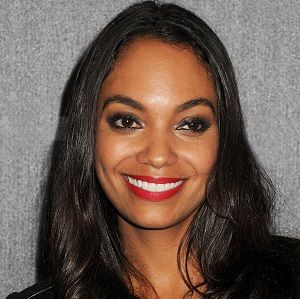 Lyndie Greenwood is currently in a relationship with Ben Jamieson who is a Canadian lacrosse player. It has been quite a while since they are dating each other. However, there is not any news about their marriage so far.Recently, they were on a vacation in Los Cabos, Mexico. Furthermore, she was seen in a bikini. And it seems like, they spent a romantic time together.Her relationship with Ben has been going on for a long time and there are not any rumors about her new relationship, she must be happy with her current personal life.

Who is Lyndie Greenwood?

Lyndie Greenwood is a Canadian actress. She is widely popular for her role in the series Nikita and Sleepy Hollow. And, she has been active as an actress since 2009.

Lyndie Greenwood was born on June 6, 1983, in Toronto, Ontario, Canada. However, the details regarding the identity of her parents and siblings are currently under shades. Talking about her childhood, she was raised in her hometown. And as of now, she hasn’t shared many of her childhood details and memories.

As regards Lyndie’s academic qualifications, she earned a bachelor’s of science degree from the University of Toronto. Furthermore, she attended Etobicoke Schools of Arts. In addition, she received various training from the Professional Actors Lab and Jason Frasers Studios.

The start of Lyndie’s professional career came as an actress. Initially, she made her appearances in the movies including Pinkville, Little Pheonix and the Fists of Fury, The Movie Is Broken, and several others. However, her fame grew for her role in the television series. With some appearances as a minor role in the series like The Listener, Flash Point, Being Erica and Lost Girls, she was able to gain some attention of media and the public. But after landing in the series Nikita as Sonya, her fame rose much higher. Furthermore, she also portrayed the role of Jenny Mills in Sleepy Hollow. This made her more famous among the media and public. During her career, she has also appeared in Saving Hope, Partners, Tales from the Darkside, Cut to the Chase and several other movies and series. Moreover, she is still active and is giving outstanding performances every time she has made appearances on the big screen.

Lyndie was nominated in Northeast Film Festival in 2016. And as of now, we are not aware of any awards that are under her name.

Lyndie Greenwood: Salary and Net Worth

As the result of her successful professional career, she has been able to increase her wealth which is worth about $3 million. However, the detail of her salary is currently not available.

Lyndie is a beautiful lady with 5 feet 6 inches tall body. In addition, she has brown hair and brown eyes. And, many other details regarding her body measurement is currently missing.