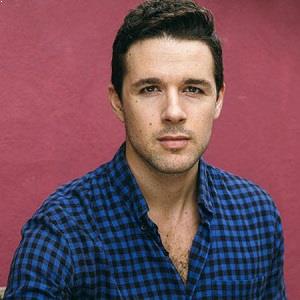 Marc Bendavid is quite secretive about his personal life. As of now, there is no detailed information relating to his past and present relationships. There are no records of any relationship affairs that he might have had throughout his career. Additionally, he does not have children from any of his relationships. Currently, he is believed to be single.

Who is Marc Bendavid?

Marc Bendavid is a Canadian film, television and stage actor. People mostly recognize him as the character One on the Canadian science fiction television series ‘Dark Matter’. Additionally, he has appeared in other several movies and television series and has more than 20 credits as an actor.

Marc was born in Toronto, Canada in 1986 to a Belgian-born mother and a Moroccan Jewish father. Most of the information relating to his early life and childhood years is not available at the moment. He is of Canadian nationality. Furthermore, he belongs to a mixed eth9nic background of Belgian of Flemish and Moroccan ethnic background. Talking about his education, Marc attended Unionville High School. Alter, he attended National Theatre School of Canada and graduated from there in 2004.

Initially, Marc played the role of Barbara Hershey’s character’s son Dominic Blythe in ‘Anne of Green Gables: A New Beginning’. Next, he portrayed the role of Romeo in the play, Romeo, and Juliet. Additionally, he also appeared on the television drama ‘Murdoch Mysteries’ and in thrillers, ‘Too Late To Say Goodbye’ and ‘Her Husband’s Betrayal’. Furthermore, Marc has guest starred in several of Canada’s top series throughout his career, including ‘The Listener’ and ‘Flashpoint’. In addition, he had recurring roles in ‘Hard Rock Medical’, ‘Bitten’, and ‘Degrassi’. Besides on screen, Marc has also appeared onstage including roles in Salvatore Antonio’s play’ In Gabriel’s Kitchen’ at ‘Buddies in Bad Times’ theater.  His most important role came in 2014 after he was cast in the role of One (Jace Corso) on the Canadian science fiction television series ’Dark Matter’. Additionally, he also had a leading role as Phillip in the Hallmark original movie ‘Summer in the City’. Marc has not revealed his current salary. Furthermore, there is no information relating to his estimated net worth at present.

Although not directly involved, Marc became part of a heated news after Syfy canceled the show ‘Dark Matter’. Furthermore, the death of his character ‘One’ in the show also shocked many fans around the world. Currently, there are no rumors or controversies surrounding this Canadian actor.

Talking about his body measurement, there is no information relating to Marc’s height or weight at present. His hair color is dark brown/Black and eye color is light brown.