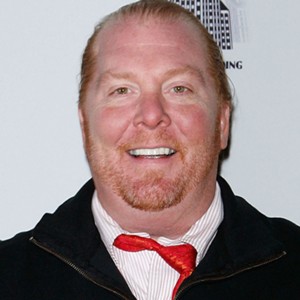 Mario Batali is currently a married businessman who is living in Greenwich Village with his beloved wife Susi Cahn who is the Coach of Dairy Goat Farm. Mario Batali and Susi Cahn are living happily with their two children Leo Batali and Benno Batali. He was previously dating Topaz Page-Green in 2008.

Who is Mario Batali?

Mario Batali is an American chef, writer, restaurateur, and media personality who is eminent for his exceptional knowledge in history and culture of Italian cuisine, classical culinary training and regional and local variations. He is the co-owner of various restaurant businesses in New York City, Las Vegas, Los Angeles, Boston, Singapore, Hong Kong, Westport, Connecticut and New Haven, Connecticut.

Born to Marilyn Batali and Armandino Batali in Seattle, Washington, United States of America during the year of 1960, Mario Batali was raised by his parents in Seattle, which is his birthplace. He was interested in cooking and had a dream to be a businessman since he was a child. He had his high school years in Madrid, Spain and then joined Rutgers University in New Brunswick, New Jersey where he graduated in Spanish Theater and Business Management. After he joined Le Cordon Bleu in London for a few short months, he started to meet some of the highly experienced chefs in the United States since he was in College in New Brunswick, New Jersey followed by his apprenticeship with revered Chef Marco Pierre White in London at the Six Bells pub. Currently, Mario Batali lives in Greenwich Village with his family.

From the very early age of life, Mario Batali had a deep and enduring interest in cooking related business. So, for this, he made a solid base through his research in several universities. He started his career as a chef in ‘Four Seasons Biltmore’ restaurant which was followed by his profession as a chef in an Italian Restaurant. After a lot of experience in some of the local restaurants as a chef, he opened his own restaurant ‘Po’ in New York City during the year of 1993 and he got the opportunity to taste the smell of success the same year. After Mario Batali’s collaboration with Joe Bastianich to form B&B Hospitality Group, they opened  Lupa, Esca, Casa Mono, Bar Jamon, Otto, Del Posto, and Eataly along with ‘Babbo Ristorante e Enoteca’ in New York City. With the best of his talents, Mario Batali was awarded as 2008 ‘”Best Restaurateur” from the James Beard Foundation’,  2002 “Best Chef: New York City”, 1999 “Man of the Year” in GQ’s chef category and many other awards that shows his exceptionally well cooking and business tactics. He has a net worth estimated to be around $ 25 million.

Mario Batali had to shell out $ 5 million to his employees in 2014 for having skimmed tips at his restaurant. Mario Batali in August 2017 was found to be particularly interested in an upcoming building up North and it is rumored that a new restaurant might be coming up there.

Mario is 5 feet 11 inches tall. He weighs 83 kg. His hair is reddish brown and eyes are green.