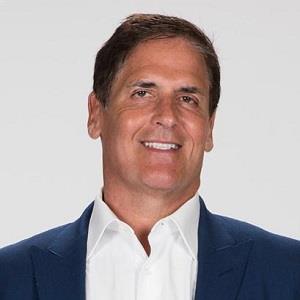 Mark Cuban is a married man. He is married to Tiffany Stewart. The pair married on 21 September 2002. Additionally, the wedding ceremony took place in Barbados. They have three children together, daughters Alexis and Alyssa, and son Jake.

Who is Mark Cuban?

Mark Cuban is an American businessman and investor. Presently, he is the owner of the NBA’s Dallas Mavericks. Additionally, he also co-owns the 2929 Entertainment. He is also one of the main investors on the ABC reality television series, ‘Shark Tank’.

Cuban was born in Pittsburgh, Pennsylvania on July 31, 1958, to parents Norton Cuban and Shirley. Throughout most of his childhood years, he grew up in the suburb of Mount Lebanon. Business was a big part of his early life growing up. He is of American nationality. Furthermore, he belongs to a mixed ethnic background of Russian, Romanian and Ashkenazi Jewish. He has two brothers, Brian and Jeff Cuban. Talking about his education, Cuban attended the University of Pittsburgh. Later, he transferred to Indiana University in Bloomington. Furthermore, he graduated from the Kelley School of Business in 1981. He obtained a Bachelor of Science degree in Management.

Cuban initially moved to Dallas where he worked as a bartender. Later, he also worked as a salesperson for ‘Your Business Software’. He started his own company, ‘MicroSolutions’ and one of the company’s largest clients was Perot Systems. Eventually, he sold his company to CompuServe in 1990 for $ 6 million. In addition, he and fellow Indiana University alumnus Todd Wagner started Broadcast.com which was initially Audionet. It was acquired by Yahoo! for $5.7 billion in 1999. Furthermore, Cuban is an owner of IceRocket. In addition, he has invested in companies including Weblogs, Inc,  RedSwoosh, Brondell Inc, Sharesleuth.com, Mascot Books, and Motionloft among others. He owns the film distributor Magnolia Pictures. Additionally, he also purchased a majority stake in the NBA’s Dallas Mavericks for $285 million. He also founded the Fallen Patriot Fund to help families of U.S. military in 2003. In addition, he launched a social media app called Cyber Dust in 2014. He has over 50 credits as a producer and more than 20 credits as an actor. he has appeared in shows like ‘The 5th Quarter’, ‘Billions’, ‘Game Over, Man!’, ‘The Clapper’, ‘Nightcap’, ‘Vice World of Sports’, and ‘Bad Teacher’ among others. Cuban received the Kelley School of Business Alumni Award in 1998. Additionally, he also won the Tribute Award in 2006 which he shared with Todd Wagner. Cuban has not revealed his current salary. However, he has a net worth of around $ 3 Billion at present according to Forbes Magazine.

Cuban has been part of several controversies in his career. He became part of a controversy during 2008 after the U.S. Securities and Exchange Commission filed a civil suit against him. Furthermore, he has been fined by the NBA several times over the years. In addition, he also became part of another controversy after a March 6, 2018 article in ‘Willamette Week’ suggested that Cuban sexually assaulted a woman during a photoshoot. At present, there are no rumors concerning him.

Talking about his body measurement, Cuban has a height of 6 feet 2½ inches (1.89 m). Additionally, he weighs around 195 lbs or 88 kg. Furthermore, his hair color is black and eye color is blue.