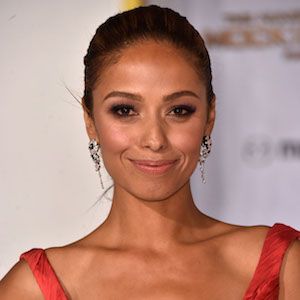 Meta wasn't married in her career, even though she was a lovely actress in her forties. Although she's quite a private type of person and likes to keep her private life out of the media's reach, it's rumored that she's been in a relationship with a guy since 2009. She chooses not to reveal any information about her boyfriend. Meta is well-focused on her career and has no time for extra business.

Who is Meta Golding?

Meta Golding, born in Haiti, is a Haitian-American actress. Meta is generally known among viewers for her roles as Enobaria in "The Hunger Games: Catching Fire" and "The Hunger Games: Mockingjay–Part 2" and Tina Brewster in "CSI: Crime Scene Investigation."

She also appeared in 13 episodes as Jennifer Mathis in "Day Break" TV. From 2006 to 2007, she performed the role of the classroom teacher in the TV program.

After living in different countries across Europe and Asia and returning to the United States, she joined Cornell University. She graduated from there with a degree in Theater Arts and International Relations.

Meta Golding’s Career and Net Worth

Meta's acting career started when she was living in Italy. She started working at the Italian theater there. Before that, she competed in the ice skating championship, but the injury ruined her skating career.

Mentioning her career as a professional actress, she first appeared in a short film called "Conversations" in 1995. She also appeared in the TV series "Loving" the same year as Brianna Hawkins. Meta's most big performance was Enobaria's role in "The Hunger Games: Catching Fire" in 2013 and "The Hunger Games: Mockingjay–Part 2" in 2015.

She also starred in movies like "Quiet Days in Hollywood," "Kiss the Girls," "Louis and Frank," "On Edge," "Surrogates," "Chicago 8" and so on. She has also featured in TV series such as "Malcolm & Eddie," "The District," "JAG," "Day Break" and so on.

There is no current information on her salary and net worth that reveals her financial status.

Meta, although it's said to be in relation to a guy, it's just a rumor and it doesn't have any concrete evidence. Elegant and talented Meta has not been pushed into a number of controversies due to her low-key operations.