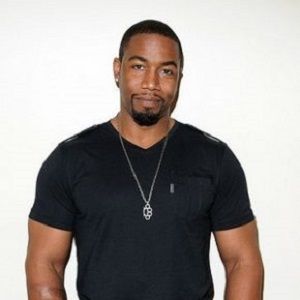 Who is Michael Jai White?

Michael Jai White is an American actor, stuntman, director, and martial artist. He is famous for his debut movie Tyson in which he portrayed the life of heavyweight boxer Mike Tyson and a very much first Black Afro American to play the lead role of comic-based superhero movie Spawn.

This African-American actor was born in Brooklyn, NewYork on 10 November 1967. In his infancy due to his father sudden death, his mother had to face lots of difficulties, so they moved on to Bridgeport, Connecticut. His childhood and responsibility to his mother must have been very tough as she was just a formal teacher and earning wasn't much enough. He showed his great interest in martial arts, Jujutsu and other physical activities from a very young age. His dedication was so high that he received his eight black belts in Brazilian Jiu-Jitsu.

Briefing about his academic qualifications Micheal was graduated from Central High School in 1985. Later on, because of his interest in martial arts and jujutsu, he thought of joining an acting institute so that he can show his skills and talent to a large number of audiences. He started joining Yale University, Brown University, and H.B Studio for the further acting course.

Talking about his entry in an acting career he first started as a special education trainer. He taught an emotionally weak and behavior problem children for three years.

Every audience and moviemaker appreciated the very first work of Micheal's debut in the movie Tyson where he portrayed the life of heavyweight boxer Mike Tyson. As we know he was first black American to play a lead role in any comic-based movie Spawn, for that he was nominated for a Blockbuster  Best Newcomer.

Talking about the other movies he had played different roles in movies like Prototype, Universal soldier, On Deadly Ground, City of Industry, Ring Master, Munity, The Bus Stop, The Dark Night and many more.

White produced his directorial debut and starred in Never Back Down 2 which is American martial arts and Action movie. He is also a voice actor who has dubbed his voice in a video game named Justice League. He was awarded 'Fist of Legends Decade Award in 2014, and also was introduced to the International sports hall of fame in 2015.

This dashing and strong personality actor posses total assets of $3.5 million dollars additionally he receives over $250 thousand as his salary per project.

There was a great rumor that he will be entering to Marvel Cinematic Universe (MCU) in the role of Black Panther or a New Blade. Previously, it is said that Micheal wrote a letter entitled Apologies to my ex saying that his wife helped him to become a better person.