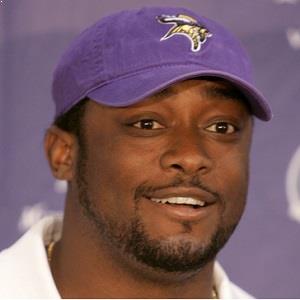 Mike Tomlin is a married man. He met his wife, Kiya Winston, while they were students at The College of William & Mary. The pair has three children: sons Michael Dean, born in 2000, and Mason, born in 2002; and a daughter, Harlyn Quinn, born in 2006. Currently, he resides with his family in the Squirrel Hill neighborhood of Pittsburgh and attends the Christian and Missionary Alliance Church.

Who is Mike Tomlin?

Mike Tomlin is an American football coach who is the sixteenth head coach of the Pittsburgh Steelers of the National Football League (NFL). Furthermore, he is the youngest head coach in NFL history to lead his team to a Super Bowl championship.

Tomlin was born in Hampton, Virginia on March 15, 1972. Throughout his childhood years, he grew up with his brother, Eddie. Their father, Ed Tomlin, played football at Hampton Institute in the1960s. Later, he died in January 2012 from an apparent heart attack in Ocala, Florida, at the age of 63. Next, his mother and stepfather, Julia and Leslie Copeland raised him. Football was a big influence on Tomlin since his early life. He is of American nationality. Furthermore, he belongs to African-American ethnic background. Talking about his education, Tomlin graduated in 1990 from Denbigh High School in Newport News, Virginia. Later, he attended the College of William and Mary. There, he became a member of Kappa Alpha Psi fraternity.

As a wide receiver, Tomlin was a second-team All-Yankee Conference selection in 1994. His is coaching career began in 1995 as the wide receiver coach at Virginia Military Institute. Later, Tomlin was hired by Arkansas State University in 1997 to coach its defensive backs. He stayed there for two seasons, before being hired as defensive backs coach by the University of Cincinnati. In 2001, Tomlin was hired as the defensive backs coach for the Tampa Bay Buccaneers. Furthermore, he was selected by Vikings’ head coach Brad Childress to be his defensive coordinator in 2006. Eventually, Tomlin was selected to interview for the vacant head coaching position with the 2005 Super Bowl Champion Pittsburgh Steelers.  Tomlin replaced Bill Cowher as the head coach, who retired after spending 15 years with the team. On July 13, 2010, Tomlin signed a three-year contract extension with the Steelers. Additionally, on November 13, 2011, Tomlin won his 50th game as the Steelers head coach with a 24–17 victory over the Cincinnati Bengals. More recently, during a game on October 29, 2017, it was broadcast that Tomlin became the 3rd coach in NFL history to finish with a .500 or better record in his first ten seasons with one team. Tomlin has a salary of $2,500,000 as the head coach for Pittsburgh Steelers. Furthermore, he has an estimated net worth of around $16 Million.

Tomlin became part of a controversy after a Pennsylvania fire chief resigned after using a racial slur while lashing out at Pittsburgh Steelers head coach on social media. Additionally, he also became involved in the national anthem controversy in NFL. At present, there are no rumors concerning Tomlin and his career.

Talking about his body measurement, Tomlin has a height of 175 cm or 68.8976 inches. Additionally, he weighs around 85kg. Furthermore, his hair color and eye color is dark brown.

Tomlin is active over the social media. He has a huge number of followers on social networking sites such as Facebook, and Twitter. He has more than 320k followers on Twitter. Similarly, his Facebook page has more than 600k followers. References: (247sports.com, globalnews.ca, listnetworth.com, therichest.com)     Updated On Sat Oct 13 2018 Published On Sat Oct 13 2018 By Married Bio