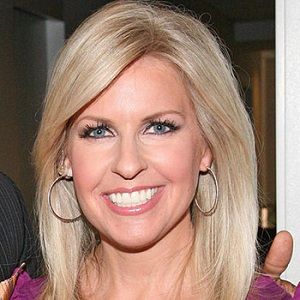 Monica Crowley is an unmarried woman with no much information about her love life. Despite the fact that, Monica Crowley is a beautiful media personality, she is not good at maintaining her high profile in case of a love life. Yes, Crowley is a successful woman with a high-value property, but, she is not in an open relationship at the present time.Previously, there were rumors that Monica’s alleged boyfriend was Bill Siegel. Bill is a director and producer. Later, they did not confirm their relationship status.

Who is Monica Crowley?

Monica Crowley is a columnist, political commentator, and talk radio personality from America. She is the supporter of the Republican Party. She has served as a contributor and as a member of ‘Council on Foreign Relations’ at FOX News.

Monica Crowley was born on 19th September 1968 in Fort Huachuca, Arizona, United States of America. She was brought up in Warren Township, New Jersey, United States of America. There is no information on her parents. She has a sister named Jocelyn Crowley. As she was born in an Army base which it was located outside of Sierra Vista, Arizona, she was aware of political environment which made her an active columnist supporting the Republican Party. Since her childhood itself, Monica was interested in politics and she used to host various shows. Gradually, this became her passion and profession as well.

Monica Crowley started her career from the time when she was in her College days by writing some formal letters to Former President Richard Nixon and got the opportunity to work as a research and assistant editorial adviser and consultant on Nixon’s last two books. Working as a writer, Crowley wrote some columns for The New Yorker, The Washington Times, The Wall Street Journal, the Los Angeles Times, and the Baltimore Sun which was followed by her work as a commentator in her own show ‘The Monica Crowley Show’. In mid-1990’s, she was a radio jockey cum commentator for National Public Radio’s Morning Edition. In 2002, she a show The Monica Crowley Show which was also available on iTunes as the podcast. Before joining MSNBC’s Connected: Coast to Coast as a co-host in 2004, she worked with Fox News Channel(1996-2004) as a foreign affairs and political analyst. Her hard work gave her a platform to be a guest host for Bill O’Reilly on The O’Reilly Factor. On the shoe, she appeared opposite Alan Colmes on Tuesday’s The O’Reilly Factor. She was an active figure in the 2016 Election speaking of the winning candidate Donald Trump, stating ‘This is a revolt of the unprotected class against the protected elite class.’ As a Major event, she was blamed for plagiarizing in the ‘The Wall Street Journal’ which is believed to have been copied from a piece written eleven years earlier by Paul Johnson and, she is still defending herself from various media who are providing evidence for her plagiarizing.

Monica Crowley’s Salary and Net Worth

Her net worth is estimated to be around $4 million and has the salary of over $170k.

Monica was terminated as a Fox News host and it was announced on Twitter by Oliver Darcy, who is the senior reporter. And there were rumors that she was under the consideration for the press secretary’s position. The controversy about the Plagiarism of Monica’s column ‘The Wall Street Journal’ is believed to be copied up to some extent from the 11 years old Paul Johnson’s work. She is defending herself from ‘The New York Times’, ‘CNN’, ‘Politico’ and others trying to save herself and her Ph. D to be rescinded by Columbia University.

Monica’s body shape is defined as a banana shape with the body measurement of 36-26-36 inches and wears the bra size of 34B. Her height is 5 Feet and 2 inches and she weighs around 52kg. She wears the dress size of 6(US) and shoe size of 7(US). She has blonde hair color and her eye color is blue.