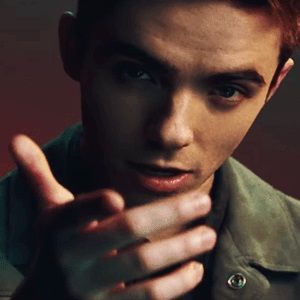 Nathan Sykes was once in a romantic relationship with a singer-songwriter Dionne Bromfield in 2012. They met during Nicki Minaj‘s concert at Hammersmith Apollo. But, they haven’t either talked and opened about their relationship nor how they broke up.Furthermore. he was linked up with pop princess Ariana Grande when they were seen collaborating the song, ‘Almost Is Never Enough’ in August 2013. After a couple of months in a relationship, they parted away.  According to them they are now closed friends and was reunited for the song entitled, “Over and Over again”.As for now, Sykes is single and mainly focusing on building his career to greater heights.

Who is Nathan Sykes?

Nathan James Sykes is an English singer, songwriter, and record producer and best known as the youngest member of the Anglo-Irish boy band ‘The Wanted’.

Sykes was born in the Abbeydale section of Gloucester, England, on April 18, 1993. He is the child of  Harry and Karen Sykes along with younger sister, Jessica Sykes, who is also a singer. At a very young age, he learned to play piano from his mother, a music teacher. He took to the music and began singing and performing at age 6 and starting at age 11. He attended London’s prestigious Sylvia Young Theatre School and Ribston Hall High School. Also Read: Biography of Roger Taylor and know his relationship, rumors, career, net worth and many more.

Nathan Sykes won various youth competitions, including Britney Spears’ Karaoke Kriminals and the Cheltenham Competitive Festival of Dramatic Art, both in 2003. In 2004, he competed to represent the United Kingdom in the Junior Eurovision Song Contest, placing third overall with the song, “Born to Dance”, In 2008, he performed for the music competition “Live and Unsigned”. In 2009, 16-year-old Nathan Sykes choose to be the youngest member of the new five group boy band, The Wanted. The band released their first single, “All Time Low,” from the album ‘The Wanted’ which tops U.K. singles chart in 2010. Later, other singles such as Heart Vacancy and Lose My Mind also remain in the UK top 20 list. Furthermore, they got more fame in November 2011 from their second album,’ Battleground’ which include single ‘Glad You Came,” which became their biggest hit to date, holding the top spot in the United Kingdom and Ireland for few weeks. Later, they disbanded in 2014. After the band split up, Sykes looked forward to building his carer solely in music and as released his solo singles like ‘Kiss Me Quick’, ‘Over and Over Again’ (featuring Ariana Grande) both in 2015 followed by ‘give it Up’, ‘Famous’ and ‘Have Yourself a Merry Little Christmas’ in 2016. He has an estimated net worth of around $8 million.

There is no rumors and controversy related to him and his career. His far from controversy and rumors. Also Read: Biography of Oliver Sykes and know his relationship, rumors, career, net worth and many more.

Nathan Sykes is 5 feet 9 inches tall and weighs around 61 kg. He has green eyes and dark brown hair. Besides that, he has a 38-inch chest with 13 inches biceps and 28 inches waist.