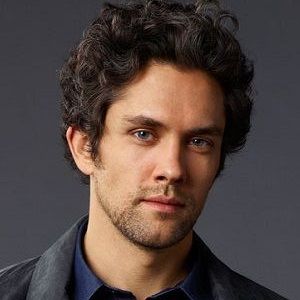 He has no records of any relationship or rumored to be dating anyone on the internet. He has kept his personal life safe and sound. Moreover,  his followers are desperate enough to find out who is the love of his life. He is believed single until now.

Who is Neal Bledsoe?

Neal Bledsoe is an actor and a writer. He has played a character in many films and TV series. Neal is known for his performance on the NBC series Smash as a character, John Goodwin. He is currently involved in Television Film Coming Home For Christmas. His character, Robert Marley is handsome but the all-business executor of the estate in the series. He has been involved with the 52nd Street Project, a New York City theatre company solely established for the creation of new plays for, and often by, kids of ages between 9 to 18.

Neal Bledsoe was born in Toronto, Ontario, Canada on March 26, 1981. For a relative, he has a former NFL quarterback Drew Bledsoe. But he is not related to Tempestt Bledsoe. Neal was raised in Seattle, Washington. Neal Bledsoe holds the dual nationality of American and Canadian. Bledsoe is a big fan of Seattle Mariners and Seahawks. He enjoys baseball as much as any other baseball player or fanboy.

Being qualified from more than 3 schools, Neal was already a professional. Neal who was in hunger of acting didn’t miss a single movie or a series that he was offered.  Bledsoe played in lots of films like Junction(2012), Sex and the City 2(2010), Revolutionary Road(2008) and Police State(2017). Neal was first seen on Television in 2005. He played a character Quinn in Guiding Light. Eventually, He also appeared in other television series, such as Gossip Girl, Ugly Betty, and Smash. Neal filmed many pilots for The CW and Lifetime. He never failed to impress his supporters. On the stage, Bledsoe did a comedy play The Little Dog Laughed in Seattle and Impressionism on Broadway.

In 2012, Neal won Technical Award and Jury award for best actor in Junction. He also won the Festive prize in 2013 and Best Actor in Narrative Feature Film for West End in 2014. In addition, he recently won a Grand Jury Award for the Best Actor in The Morning the Sun Fell Down(2016).

Neal Bledsoe: Salary and Net Worth

Currently, there are no details regarding his financial status as Neal has not officially confirmed anything about his salary and net worth.

Neal Bledsoe was rumored to have made out with Ed Westwick on Gossip Girl. However, the kiss didn’t air until Oct 19. But when it did, Neal said it was professionalism and both of them were professionals about it. And Neal also said that his girlfriend wasn’t angry about him kissing a guy. Neal Bledsoe who is famous for his roles on The Mysteries of Laura wasn’t favored much by his fans when he will be airing his own TV show, him being a leading role. In spite of being an actor, he overdid making his role as an MMQB contributor chronicling his quest to make the Arena Football League. His controversy was titled, ‘Judgement Play’.

Neal has reached 36 years old. He is 6 feet 3 inches tall. And also, He has blue eyes and dark brown hair.