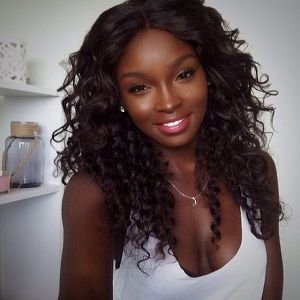 Nikki Perkins is a married girl. She is married to Jamie Perkins. Jamie is also a YouTuber. More specifically, he is a vlogger. Nikki and Jamie share the same YouTube channel for Vlogging. After a long time dating and living together, Jamie proposed to Nikki on April 26, 2012. Then they stayed engaged for like 11 months.Finally, on March 21, 2013, the lovebirds got wedded in a lovely marriage ceremony. Through their social media, they shared the news of her pregnancy on July 4, 2015. Then on January 24, 2016, Nikki gave birth to her first child who is a daughter. Her name is Ava Sarah.Recently in September, she posted a picture of her belly sharing news of the pregnancy. The couple is expecting a second child pretty soon. As of now, they live together with lots of love and care.

Who is Nikki Perkins?

Sudan-born Nikki Perkins is a famous Social Media Star. More specifically, she is a YouTuber. She makes YouTube videos for a living. Nikki is an Australian national. Previously, she used to work as a model. Presently, she is a prominent figure for making daily vlogging videos with her husband, Jamie Perkins.  Additionally, she also makes lifestyle and beauty and makeup videos on her channel.

Nikki Perkins was born in Khartoum in Sudan. She was born on April 2, 1990. Although she was born in Sudan, she grew up her entire childhood in Australia. She has a sister named, Duckie who is also a model. Nikki Perkins stays pretty quiet when it comes to sharing her private information. Consequently, we have no details regarding her family background, education, and her early life. As per her ethnicity, she has an African ethnic origin.

Nikki Perkins is a well-known YouTube Start. She is making videos on YouTube for a couple of years now. Previously, before joining YouTube, she worked as a model. She did modeling for a short time. But it did not work out pretty well for her. Presently, she is associated with two channels on YouTube. One of them is with her husband named, ‘Jamie and Nikki.’ In this channel, the couple mainly posts regular vlogging videos. They also upload videos about their children. This channel has more than 1.1 million subscribers. Similarly, it gained over 160 million views. Additionally, her other channel is all about making lifestyle and fashion videos. On this channel, she has more than 261,000 subscribers and 6.8 million views. Her whole profession is based upon YouTube and Social media. Currently, she earns a big amount of money as salary from YouTube Adsense and sponsorship. Subsequently, she has made some fortune. Unfortunately, details about her net worth and salary are not known.

Nikki Perkins is a YouTuber and a Vlogger who spreads positive vibes through her lifestyle videos on YouTube. Consequently, she is not part of any rumors and controversies.

Nikki Perkins has a slim and fit body. She has black eyes and black ears. She has not shared any other additional details like her height, weight, body figures, shoe size and dress size.

Nikki Perkins has an enormous social Media following. On YouTube, she has more than 1.6 million subscribers on a channel named, “Jamie and Nikki.” Similarly, her channel has more than 306k subscribers. Additionally, on Instagram, she has around 993k fans and 1300 followers on Twitter. Reference:(solarey.net)     Updated On Sun Oct 14 2018 Published On Sun Oct 14 2018 By Married Bio