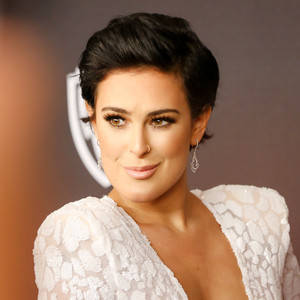 While in her personal life, The Dancing with the Stars winner has had a long dating history up until now. Rumer Willis dating story starts off with the name of Harry Morton whom she dated for the year 2007.On the same year, after her split from Harry.Then Rumer Willis started seeing Rafi Gavron. He is an English actor. The couple too dated only for about a few months moving on.Rumer Willis boyfriend was Micah Alberti from 2008 to 2010 and the couple split up after differences between them.In August 2012, she started dating Jayson Blair whom she met via a mutual friend. They stayed together for a year and after that problem started arising. In 2013, they separated.Currently, she is dating Ricky Whittle. He is an English actor. They started seeing each other since 2014 and still, they are together without any news of fuss.

Who is Rumer Willis?

Rumer Willis is an American actress and singer. She is the oldest daughter of Bruce Willis and Demi Moore and also the stepdaughter of Emma Heming and Ashton Kutcher. She won season 20 of Dancing with Stars.

Rumer Willis was born on 16 August 1988, in Paducah, Kentucky, United States of America. Her nationality is an American and ethnicity is mixed(German, English, Scottish, as well as Dutch, French, Welsh, Irish). Her mother’s name is Demi Moore and father’s name is Bruce Willis. Both of her parents work in an entertainment industry. Her mother had videotaped her birth to show her father because her father was out of town during that time. She is the oldest daughter of her parents. She has two younger sisters, namely LaRue Willis and Tallulah Belle Willis. She was named after the British author: Rumer Godden. Her parents are divorced after 13 years of their marriage now and live their life separately.

Her career as an actress began as a Child actor when she appeared in 1995 film Now and Then alongside her mother which was followed by Striptease during the next year. Actress Willis also appeared with father in The Whole Nine yards in 2000 And Hostage in 2005. In 2008, Willis ventured into the role of spokesperson for Ocean Pacific. That same year, she was featured in the comedy The House Bunny and the horror film From Within. In 2009, she co-starred in Sorority Row and in the independent film Wild Cherry, starring opposite Tania Raymonde and Kristin Cavallari. In 2013, she starred as Maya in the independent film The Odd Way Home. She started to appear guest appear in many movies and numerous guest appearances on many TV shows. She also appeared in season 20 of dancing with stars along with Valentin Chmerkovskiy. She along with her dancing partner was announced the winner of the show on May 19, 2015.

Rumer Willis: Salary and Net Worth

She has a net worth of $ 3 million but her salary is not revealed yet.

According to rumors, she also had many rumors about her dating and link-ups with many actors. As of now, Ricky Whittle is found being her boyfriend and they have been together since 2014. It does not seem like the couple is set to separate their ways anytime soon. They have been known to be so close that Rumer Willis married rumors have begun circulating around the news tabloids. In the meanwhile, rumors saying her to be a lesbian, which is not true at all. She has however not been married and is in no hurry to do so.