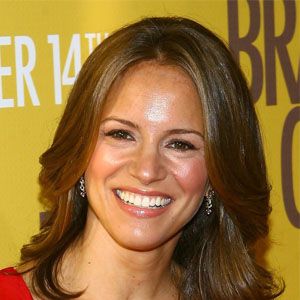 At first, Susan was not interested in her now husband Robert; she said she did not find him that sexy or fascinating at the time of marriage with him. They married in New York in a large, glamorous Hamptons wedding with musical guests including Sting and Billy Joel on August 27, 2005. They have been married for about 12 years.The couple is blessed with two beautiful children. Their first child, a son, Exton Elias Downey was born in 2012, their second child, a daughter, Avri Roel Downey was born in 2014. They are a happy couple and are perfect for each other. No news of divorce has occurred till date and we wish them, even more, years of a happy and a successful marriage. Susan Levin and Robert Downey Jr. got together in 2003. Past relationship of Susan Levin is not known.

Who is Susan Downey?

Susan Nicole Downey(Levin) is an American film producer. She was the Co-president of ‘Dark Castle Entertainment’. Susan is also the Executive Vice President of Production at ‘Silver Pictures’. She is now acting as the executive President of the production house ‘Team Downey’ which is the production company opened by herself and her husband Robert Downey Jr.

Susan Downey was born on 6th November 1973 in Schaumberg, Illinois. Her full name is ‘Susan Nicole Downey’. Talking about Susan’s family, she was born to a Jewish Family. Her mother is Rosanne T. Levin and her father is Elliott A. Levin. Susan holds an American nationality while she belongs to Jewish ethnicity. As regards of Susan’s childhood, she became interested in the movie business since the early age of 12. Besides this, she has not disclosed much about her childhood and early life.

Her career in the entertainment industry began since her involvement in ‘Threshold Entertainment’. Her job there was to look after the development and production of projects based on well-known properties for both the company’s film and Television slates. She is a young and dynamic producer from Chicago who made her producing debut as a co-producer on ‘Ghost Ship’.Susan has been involved in more than 15 Hollywood movies directly and indirectly. Her first full-credit producer job was for ‘Gothika’ a 2003 thriller.Some of her renowned movies include ‘Kiss Kiss Bang Bang’, ‘Sherlock Holmes’, ‘The Judge’, ‘Iron Man 2’, ‘The Book of Eli’, ‘Whiteout’, ‘Orphan’, ‘House of Wax’ among others. ‘Sherlock Holmes’ is their most financially successful movie till date. ‘Team Downey’ is a Warner-Bros based production company and their first producing project is ‘Yucatan’. She did uncredited production work on ‘Mortal Kombat’ and its sequel. She always wanted to pursue her career in the Entertainment business. She said that she had the poster of all the Academy Award-winning best pictures in her room when she was little.She rapidly climbed the steps of the Hollywood Industry, carving a successful career as a producer for various world renowned movies.She told in one of her interviews that she was very focused, driven, rigid and work-oriented and she never thought about getting married. She is often regarded as the “Miracle that saved Robert Downey Jr”. Her net worth is a hefty $ 12 million.

Susan has seldom been involved in any controversies during her career. Rumors started to surface around October of 2016 that their company had split from Warner Bros. The validity of this very news is not quite certain. Rumors of the breakup of Susan with her husband Robert has also been found widely over the internet but none of these rumors have been true.

Susan Downey has dark brown hair and light brown eyes. She is of slim build with a height of 5 feet 3 inches. Her weight is 52 kg but other body stats are unavailable.