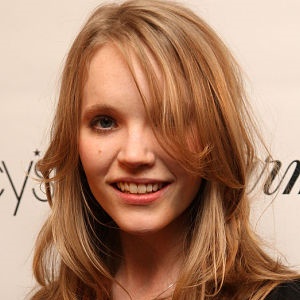 Tamzin Merchant is an unmarried young English actress. However, she isn't single and is currently dating English actor Freddie Fox. The couple is dating since 2011 and is enjoying a happy relationship from eight years. So far we haven't heard anything about the couple's separation. The couple is pretty supportive of each other.

Who is Tamzin Merchant?

Tamzin Merchant is an eminent English actress best known for her role as a Georgian Darcy in the movie Pride & Prejudice, and as Catherine Howard in The Tudors and as Anne Hale in the Salem WGN America series.

She was one of the actors who walked away from the role of Daenerys Targaryen in the All-Time Hit Television series ‘Game of Thrones’.

She began formal studies at Windlesham House School and Brighton College, but later entered Homerton College, Cambridge to focus on her career as an actor. At the International Women's Day event at the London Hospital Club, Merchant for patron international development charity "Build Africa" gave a speech.

She performed in the audio production of Land Windermere's Fan as Lady Agatha during her days at the University of Cambridge, and before that, she worked in three BBC TV movies ' My Family and Other Animals', 'The Good Housekeeping Guide', 'Casualty 1906'.

After these movies, she was considered bankable. She was then cast in the role of Catherine Howard in the third season of The Tudors in 2009. Her role as Daenerys Targaryen could have been a breakthrough for Tamzin Merchant but she was sadly replaced by Emilia Clarke in April 2010.

She has been playing Kate's part in the film ' The Dancer ' recently and. She portrays Anne Hale in the 2014 first-released television series ' Salem. '

Tamzin Trader: Salary and Net Worth

Tamzin's total net worth is reportedly around $1 million, however, her salary is unknown.

Unlike different VIPs, she has not been identified with any love life-related rumors. Once, she was selected to play the role of Daenerys Targaryen, but she reportedly turned off the offer and the promotion went with Emilia Clarke.