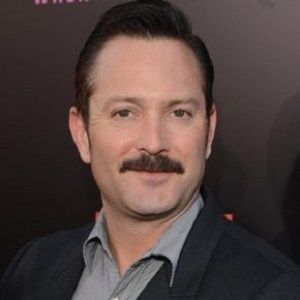 Thomas Lennon is married to the Canadian actress Jenny Robertson. The couple started dating in 2002 and they were married in 2002. They have a son, Olivier Lennon. His married life is as successful as his career.There is no details on his previous relationships.

Who is Thomas Lennon?

Thomas Lennon is a popular American actor, comedian, screenwriter, director, and producer. Lennon has also worked as a voice-artist in several movies and TV series. He is the writing partner of Robert Ben Garant and Kerrie Kenney. Lennon is known for his role as Lieutenant Jim Dangle on the Television comedy series Reno 911.

Thomas was born on 9 August 1970 at  Oak Park, Illinois, United States. His nationality is American and ethnicity is mixed(Irish, English, German). Thomas is the son of Kathleen Lennon(mother) and Timothy Lennon. His father, Timothy is a politician.

He joined Oak Park and River Forest High School for primary education. He completed his primary education in 1988. Later, he joined Northwestern University. After spending two years in that university, he joined a comedy group called The New Group at New York University. Lennon had an interest in acting and comedy since his young age.

Thomas began his acting career in 1993 with The New Group. They changed their name to The States. Soon, they started working on the show You Wrote It, You Watch It. Later, they started their own series The States (1993-1995). They were nominated for Cable Ace Award for the Best Comedy Series. After the cancellation of The States, Lennon along with his mates started working in the comedy program Viva Variety where he worked from 1997 to 1999. The show was based on the script that Lennon had written for the final season of The State. Their show Viva Variety was also nominated for Cable Ace Award for the best comedy series. After Viva Variety, Lennon along with his team-mates created and starred in Reno 911. He has appeared in several TV shows including The League, Children’s Hospital, Party Down, New Girl and much more. He has also appeared in movies like Memento, How to Lose a Guy in 10 Days, Bad Teacher and Transformers: Age of Extinctions. Lennon and his co-star Paul Rudd were nominated for the MTV Movie Award for Best Kiss for their movie I Love You, Man. He has also appeared on The Tonight Show, The Daily Show and Late Night with Jimmy Fallon. He has made the second-most number of appearances on The Late Late Show with Craig Ferguson. Lennon has also appeared in 2012 hit movie The Dark Knight Rises. He has also worked as a voice-artist in several films. He has played the voice of the Fearless Leader in the short film DreamWorks (2014) and he is in the voice of Munk on the Down of Croods. In 2008, Thomas started working as a stand-up comedian. He appeared as a guest on the first episode of The Nerdist Podcast. His films as a screenwriter with his partner Robert Garant have earned over 1.4 billion dollars worldwide. In 2011, Thomas and Robert released a book called Writing Movies for Fun and Profit: How We Made a Billion Dollars at the Box Office and You Can Too! In 2012, they wrote The Machine and Baywatch. They both were the writers and directors of 2013 movie Hell Baby in which they acted as well.

Thomas Lennon: Salary and Net Worth

He has a net worth of 4 million dollars but his salary is not revealed yet.

Thomas has never been associated with any other girls. There is no rumor of him about involving in any extra affairs.

Moving towards his body measurements, he has a good height of 5 Feet and 8 Inches (1.73 m). He has brown hair color and his eyes are also brown. There is no information about his shoe size and body weight.