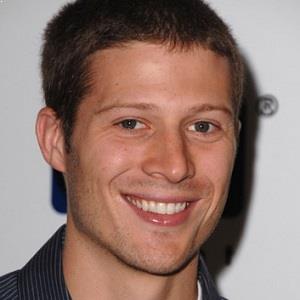 Zach Gilford began dating actress Kiele Sanchez in the spring of 2010. The two met on the set of the television pilot for ‘The Matadors’. The pair became engaged in November 2011. Later, the wedding ceremony took place on December 29, 2012. In August 2015, Sanchez announced that she and Gilford were expecting a son in November. However, in October 2015, the couple announced that Sanchez had suffered a late-term miscarriage. Later, on November 29, 2017, the couple welcomed a daughter, Zeppelin Adele.

Who is Zach Gilford?

Zach Gilford is an American actor. People mostly know him for his role as Matt Saracen on the NBC sports drama ‘Friday Night Lights’. Additionally, he has appeared in numerous other television series including ‘Lifeline’, ‘Kingdom’ and ‘The Family’ among others.

Gilford was born in Evanston, Illinois on January 14, 1982, to parents Anne and Steve Gilford. Most of the information relating to his early life and childhood is not available at present. He is of American nationality. Furthermore, he belongs to a mixed ethnic background of Ashkenazi Jewish and Swedish. Talking about his education, Gilford graduated from Northwestern University and Evanston Township High School.

Gilford initially worked as a staff member for YMCA Camp Echo in Fremont, Michigan. In 2005, he appeared in an episode of ‘Law & Order: Special Victims Unit’. Since then, he has appeared in numerous movies and television series throughout his career. All in all, he has more than 25 credits as an actor. Some other movies and television series that he has appeared in are ‘The Last Winter’, ‘Grey’s Anatomy’, ‘Dare’, ‘Post Grad’, ‘The River Why’, ‘Off the Map’, ‘In Our Nature’ and ‘The Mob Doctor’ among others. Additionally, he also has 1 credit as a producer. Gilford won the Breakthrough Performer Award of Hamptons International Film Festival in 2009 for ‘Dare’. Additionally, he has garnered the nominations for various awards including Gold Derby TV Award, Gotham Independent Film Award, and MTV Movie Award. Gilford has not revealed his current salary. However, he has an estimated net worth of around $ 6 million.

Gilford recently came to the news recently after he and Sanchez welcomed a daughter on November 29, 2017. Furthermore, there are no rumors or controversies concerning Gilford and his career at present.

Talking about his body measurement, Gilford has a height of 5 feet 8 inches (1.73 m). Additionally, he weighs around 79 kg. Furthermore, his hair color is dark brown and eye color is blue.